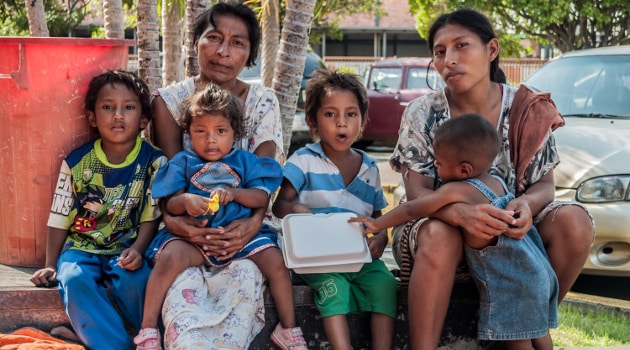 Look Into Venezuela For A Glimpse At Socialism Fails … The Truth

According to how American leftists talk, socialism is the greatest thing ever invented and all prior failed attempts at creating a socialist Utopia were simply due to it being improperly implemented, and “this time we’ll get it right.”

One of those failed attempts at creating a socialist Utopia is the once-prosperous South American nation of Venzuela, which is now a miserable and impoverished hellhole from which millions of Venezuelans are attempting to flee.

So many Venezuelans are exiting their own country right now that neighboring nations are feeling overwhelmed at the flood of migrants and have begun to implement policies intended to stem the tide, such as requiring passports for entry, according to the U.K. Daily Mail.

Two of those nations are Ecuador and Peru, which don’t share a border with Venezuela but are separated only by the nation of Colombia. through which the Venezuelan migrants are transiting.

Ecuador was the first to announce that Venezuelans would be required to provide an official passport to gain entry into the country, followed shortly by Peru announcing similar requirements. The only problem is, it is exceptionally difficult for Venezuelans to obtain a passport.

Unsurprisingly, Colombia was less than pleased at the new policies implemented by their neighbors — even though they have their own similar but oft-ignored passport requirement — as the fleeing Venezuelans who can’t reach Ecuador or Peru typically end up staying in Colombia.

Incredibly, Ecuadorian authorities estimate that an astounding 4,000-plus Venezuelans attempted to enter the nation every single day in the first few weeks of August, traversing across the main entry point of the Rumichaca International Bridge.

Colombian officials are concerned that the new policy will create a bottleneck at the important bridge and add to the already extensive congestion. “We are immensely worried about the consequences this might present,” stated Colombian Migration Director Christian Krueger.

The United Nations has estimated that at least 2.4 million Venezuelans have fled the socialist hellhole since 2014 in order to escape the tyrannical government, insane hyperinflation of their currency and widespread shortages of food, medicine and all sorts of staple goods … including even the ink and paper required to produce passports.