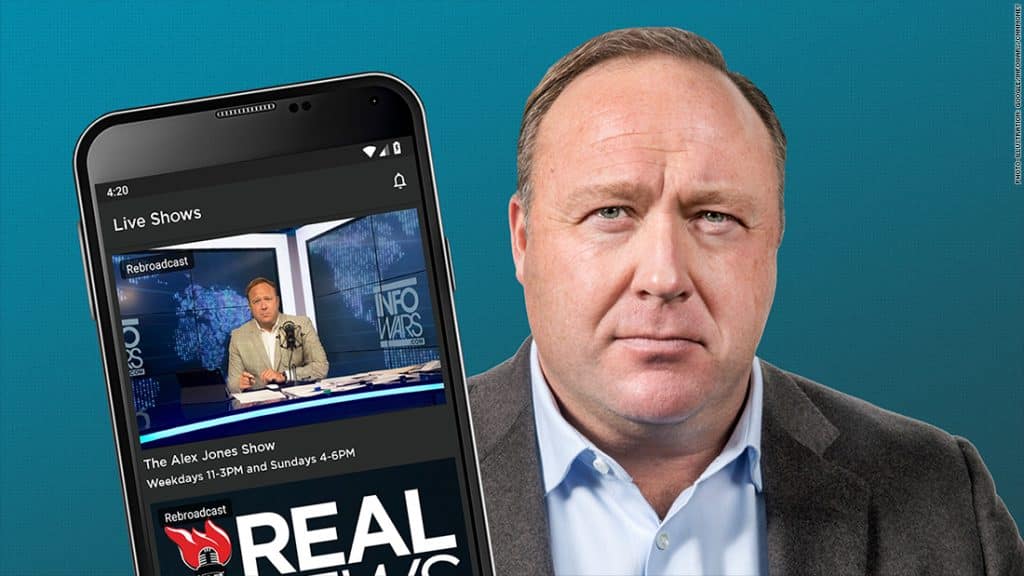 Apple Says It Is ‘Monitoring’ The Infowars App; Threatens To Censor If It Becomes ‘Harmful’

Apple, which removed all Alex Jones material from it’s iTunes and Podcasts platforms earlier this week as part of a coordinated big tech purge, has addressed the fact that the Infowars app is still available in the App store.

The company has been under intense lobbying, spearheaded by CNN, to remove the Infowars app in addition to the banning of all other content.

Apple and Google are still selling the InfoWars app, which contains some of the same type of content that both tech giants have pulled from elsewhere on their platforms https://t.co/zvtAEXEub6 pic.twitter.com/ObHWDzok8l

The app has shot to number one in the news charts, above the likes of CNN and BBC, in the wake of the digital shutdown of free speech by Apple, as well as Facebook, YouTube, Spotify and a host of other companies.

Censorship campaign backfires as interest in Infowars goes through the roof

Analysis of Google Trends shows queries related to Infowars began rising significantly between the 5th and 6th of August.

Searches for the Infowars website rose 1,300 percent in the past 7 days while, interestingly enough, the term “Streisand effect” increased 2,150 percent during the same time period.