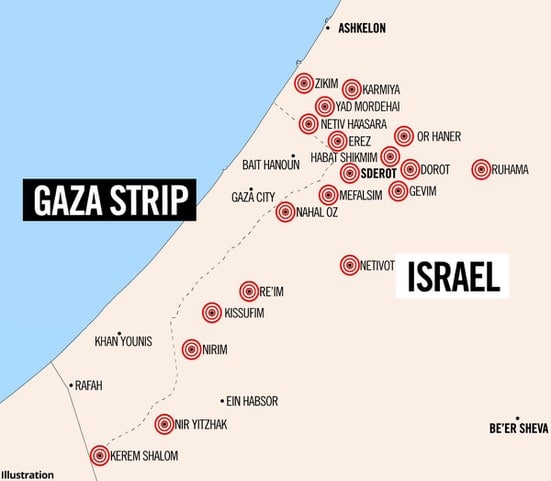 This story courtesy of Christians United For Israel (CUFI):

For weeks we have heard that the leadership of the Israel Defense Forces was concerned that Hamas would soon escalate the violence from Gaza into a full-scale war. Since March, Hamas has incited violent riots along the Gaza border fence and encouraged thousands of Palestinians to attack the IDF. Burning kites and balloons rigged with explosives have been launched from Gaza into southern Israel, wreaking panic and destruction of property among Israel’s already traumatized citizens in the border region. Earlier this summer we witnessed Hamas launch a massive rocket attack against Israel, and as of yesterday, Hamas has again escalated their violent assault on Israel’s citizens.

It is a proven pattern with Hamas and other terrorists that they use violence as a “negotiation tactic” in order to try to gain leverage against Israel. The IDF has been preparing for some type of violent escalation in advance of scheduled negotiations for a five-year ceasefire between Hamas and Israel. These talks are rumored to be weeks away, and so it is not surprising that Hamas chose to attack Israel at this time. It merely proves the callous and cynical disregard Hamas has for the lives of their own people that they repeatedly choose to endanger Palestinians in Gaza as bargaining chips. 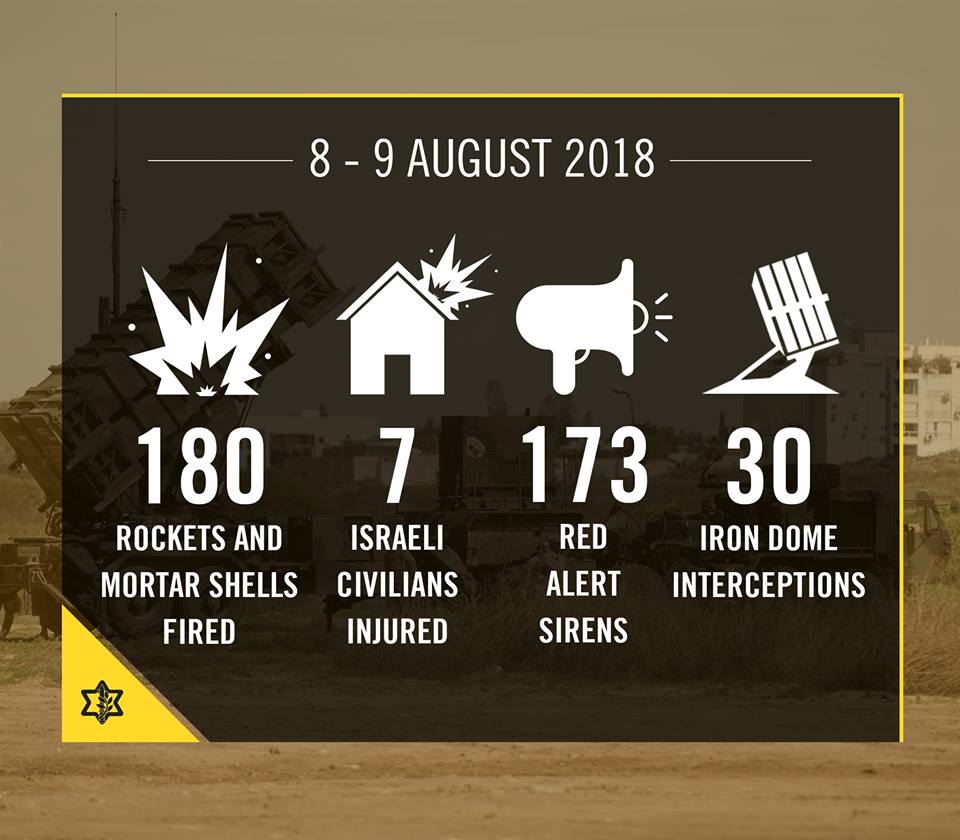 Yesterday’s attack began with shots fired by Gazan terrorists toward Israeli civilians working construction along the security fence. An hour later, Red Alert sirens sounded across southern Israel as eight projectiles were fired from Gaza. This began a heavy barrage of mortars and rockets over the next several hours that sent thousands of Israelis into bomb shelters overnight. Hamas officially claimed responsibility for the assault, which as of now remains ongoing.

The IDF released video footage below of dozens of young Israelis, children and babies in their mothers’ arms, screaming and crying in fear as a terrorist’s bomb exploded nearby. Several Israelis have been injured by shrapnel and other damage caused by more than 180 rocket attacks since yesterday evening. According to Israel’s emergency medical services, the panic of the sirens and explosions caused two pregnant women to go into early labor.

At this moment, Christians United for Israel has two groups of young people in Israel on leadership tours. Our Israel Collective tour of young professionals from Washington DC is on the ground, as well as our Bonhoeffer Fellowship tour of CUFI on Campus leaders. Both groups are determined to complete their tours without caving to the threats of terrorists. Alexandria Paolozzi, a member of the Israel Collective tour and CUFI Action Fund staffer, said, “We fully support Israel’s right to defend itself from these unacceptable terror attacks against its citizens. It is grieving that Israel is required to act at all, as Hamas hijacked the Gaza population and puts the people there at risk to carry out these senseless acts. CUFI is not going to run away from a situation that ordinary Israelis have to live with every day.”
This physical and psychological warfare against its civilian population is something Israel must not and cannot allow to continue. Since last night, the IDF has responded by striking over 150 known Hamas targets, which have consisted mainly of its terror infrastructure in Gaza. However, at this time Prime Minister Netanyahu and Israel’s leaders are preparing for a massive IDF ground operation in Gaza if Hamas does not cease its attacks on Israel’s civilians. The next major war could be just days or hours away.