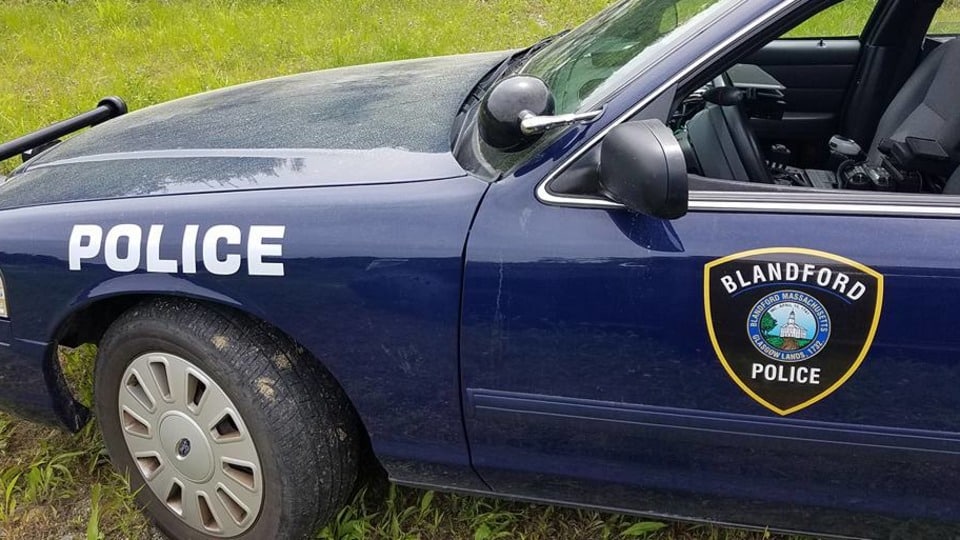 “It became more and more apparent how dangerous this situation was,” said Sarnacki. “The enormity of it all just kicked in on Friday.”

“The town is asking officers to patrol in cars that have no a/c, no snow tires, and no four-wheel drive, on days that have been 90 plus degrees, and previously in blizzard conditions,” the statement read.

“They are asking us to do this with no radio coverage, no real backup if needed, and all for $14 or $15 an hour. Would you put your lives on the line in these conditions? I don’t think so.”

However, Sarnacki said she’d taken the cruisers to get fixed and one was still in the shop, while she planned to apply for grants for new bulletproof vests for the officers. But it became clear the problem was a bigger issue than she thought.

“There was a lot of problems there; initially I had hoped that I could fix some of them,” she said. “It became apparent that I was just putting Band-Aids on them.”

Sarnacki argued that Blandford was not allocating enough money to the public safety department.

“This town seems to just not be doing due diligence,” she said. “It seems that the board was more interested in pursuing a merger with another nearby police department.”

State police and the sheriff’s office have brought in additional officers to help cover the area, Sarnacki stated.

Editor’s Note: This author will lead you to believe Police aren’t necessary for Law and Order. Even though we appreciate the news article, we wish he would have left out the assumption considering this was a small town of only 4 Officers. If this would have been New York City, it would have likely caused much more CHAOS.