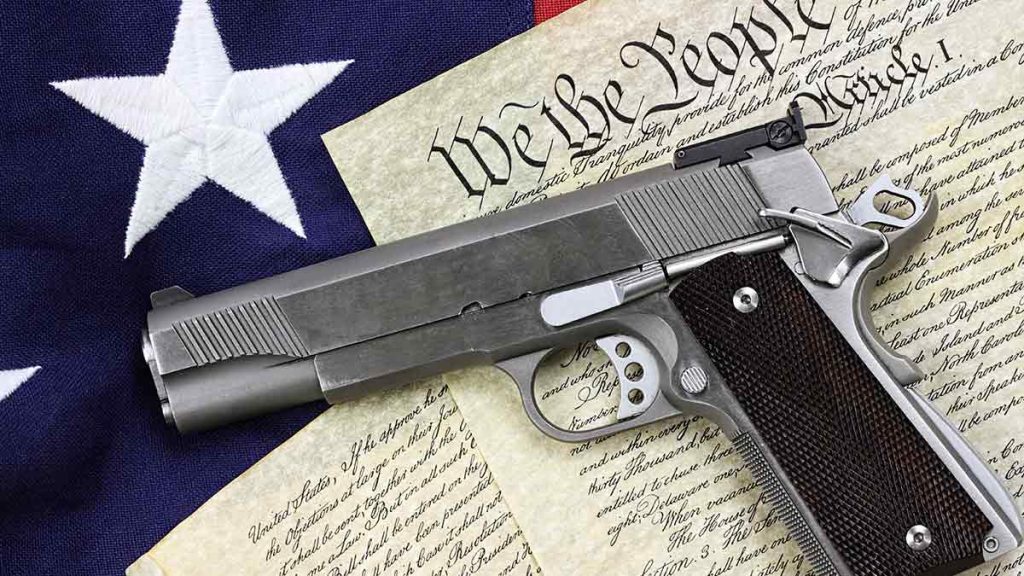 An illegal immigrant charged with being an undocumented immigrant in possession of a weapon faces up to a decade in prison and possible deportation, but he’s hoping that the Second Amendment can be his way to freedom, according to the New York Daily News.

Javier Perez fired a gun in the air in Brooklyn to scare away a rival gang in 2016. He has admitted as much, saying he borrowed the gun. But his lawyers are arguing that the Second Amendment voids the charge, because it doesn’t specify that noncitizens don’t have the right to bear arms.

“The Framers were clear: If they meant citizens, they would have said citizens,” Perez’s attorney Samuel Jacobsen argued in court Wednesday. “There is no suggestion that there was a concept of ‘illegal alien’ and no suggestion that if you were from a foreign country, you couldn’t bear arms.”

After reviewing both sides of the argument including the prosecutor’s, this defendant actually has a valid case! Unfortunately …