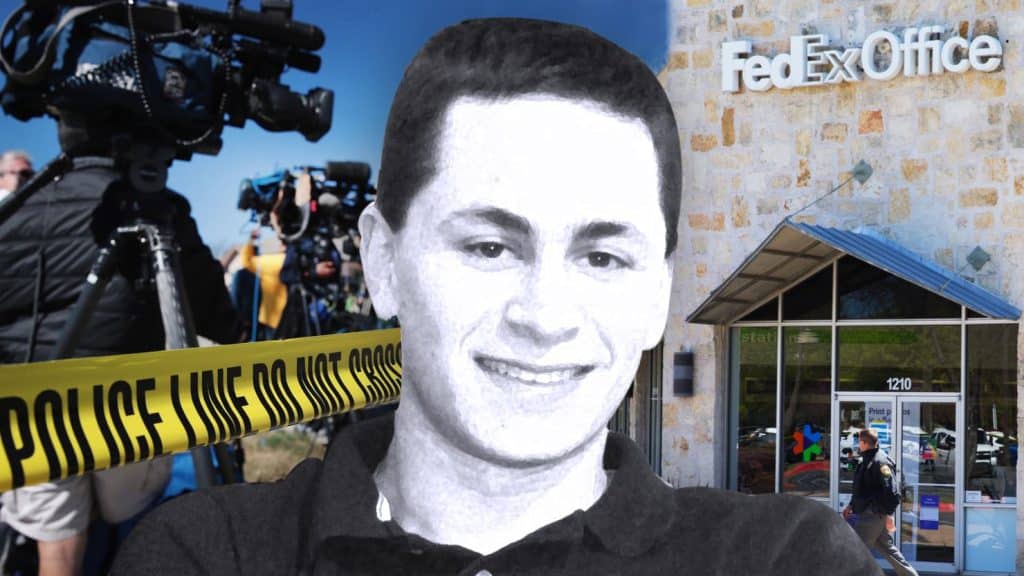 The suspect in a spate of bombings that terrorized residents of Austin, Texas, died early Wednesday after detonating an explosive inside his vehicle as a SWAT team tried to apprehend him on the side of a highway, officials said.

Authorities had tracked the suspect — a 24-year-old white man — to a hotel in Round Rock, a city in the Austin metropolitan area, Austin Police Chief Brian Manley said at a news conference.

Police did not name the bomber, but two law enforcement sources familiar with the investigation identified him to NBC News as Mark Anthony Conditt.

Police were able to locate Conditt using a variety of tactics, including cellphone triangulation. Surveillance footage taken at an Austin FedEx was also used to apprehend him.