The Storm Is Here — US Customs Passport System Crashes Day One Of 2018! #Pizzagate Update!

There were multiple reports that all international travelers in the United States were weathering horrendous lines as the computer system for passports operated by U.S. Customs and Border Patrol failed late Monday night.

On one of the busiest travel nights of the holiday season.

“Good evening, there is a system issue affecting processing times for customs. The customs agents are working to get everyone screened and through customs as quickly as possible. Your patience is appreciated.”

“Due to U.S. Customs and Border Protection computer issues, passengers at JFK Airport may experience delays in the international arrivals area.”

“Day 1 of 2018 in America. The entire #JFKAirport customs system is down.”

In a proclamation issued Dec. 29, Trump announced that January will be a time for the U.S. to “recommit ourselves to eradicating the evil of enslavement.”

“Human trafficking is a modern form of the oldest and most barbaric type of exploitation,” the proclamation read. “It has no place in our world. This month we do not simply reflect on this appalling reality. We also pledge to do all in our power to end the horrific practice of human trafficking that plagues innocent victims around the world.”

Read More Here!
Could this all be hail from #TheStorm? 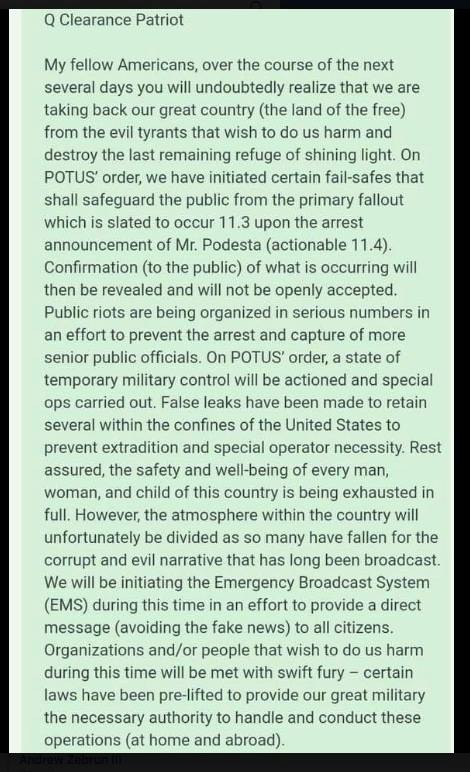