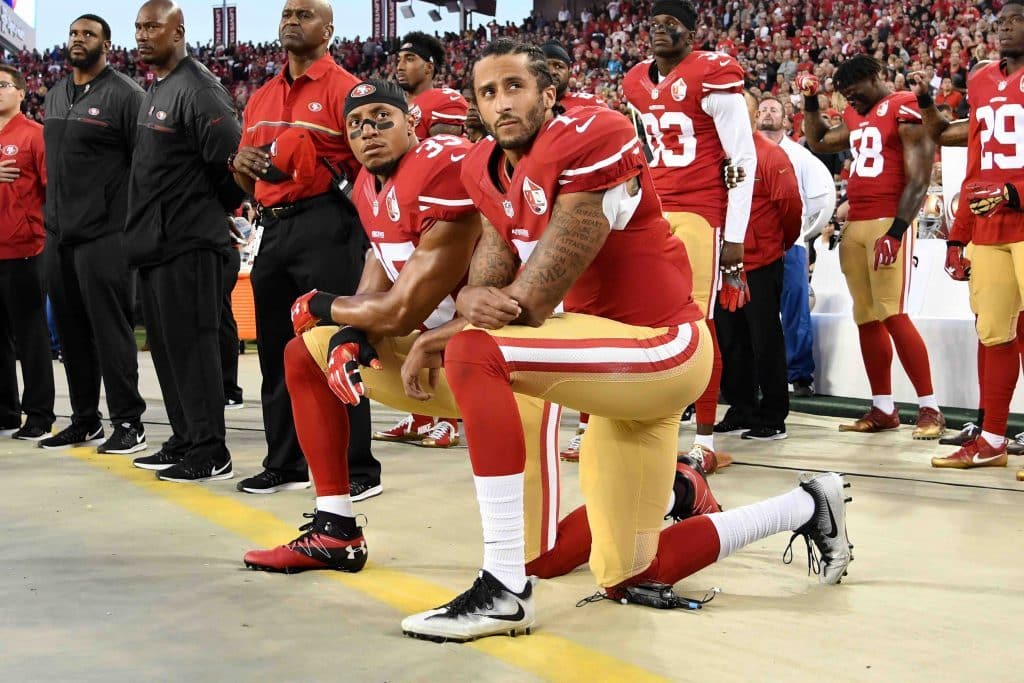 A federal judge in California ruled last week that school districts could not force football players to stand for the national anthem, or require students or coaches to remove hats/helmets or otherwise display traditional forms of respect while the anthem is being played.

A Native American football player for a San Pasqual Valley unified school district football team, who was identified in court documents as “V.A.,” sparked controversy before a game against rival Mayer High School when he knelt during the playing of the pre-game national anthem. According to the Los Angeles Times, Mayer fans began shouting racial slurs at him, and a San Pasqual Valley cheerleader was doused when some Mayer students sprayed a water bottle at San Pasqual Valley students.

San Pasqual Valley superintendent Rauna Fox responded to the controversy by issuing a set of new rules that prohibited players from engaging in “kneeling, sitting or other forms of political protest” during the playing of the national anthem, and also requiring students and coaches to remove their hats and helmets while the national anthem was being played.

Fox claimed that her decision was motivated by concern for students’ safety, in light of the unrest created by the protest.

How did the court rule?