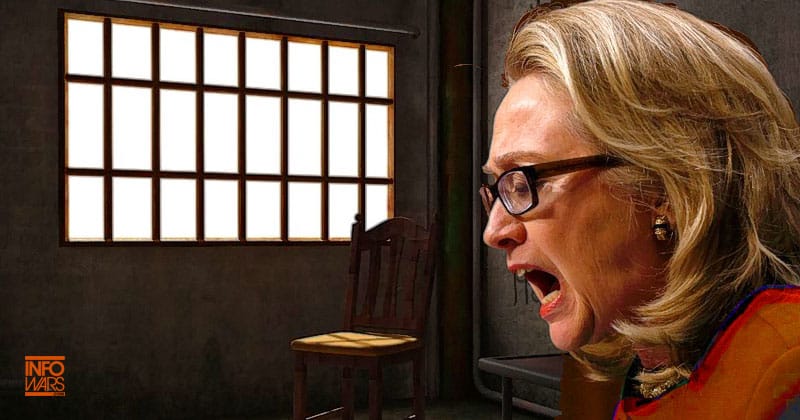 
The Old Guard Globalist World Order Is Collapsing, Starting With The Clintons

Brazile’s book “Hacks: The Inside Story of the Break-ins and Breakdowns that Put Donald Trump in the White House” contains several bombshells, including that Hillary Clinton did in fact rig the 2016 primary against Bernie Sanders, and that Brazile felt like a “slave” who feared for her life following the murder of DNC staffer Seth Rich.

“That means that Brazile knew Rich had been murdered for political purposes,” says insider Roger Stone, adding that Julian Assange of WikiLeaks confirmed his sources were not Russian, and were in “great physical danger.”

Brazile is the first prominent Democrat to turn on Clinton in what appears to be a sacrifice by the establishment, as Clinton’s self-centered behavior no longer serves their interests, and they need to make the persecution of Trump seem less politically motivated.

Brazile even pointed out that Bernie was more popular than Clinton, saying: “I did not trust the polls. I told [Sanders] I had visited states around the country and I found a lack of enthusiasm for her everywhere.”

The accurate coverage of the Uranium One scandal by the mainstream media is another indicator that the establishment is ready to dump Clinton.

Another significant development tied to Clinton’s downfall is the sudden purge of corrupt royalty in Saudi Arabia by King Salman, including ten princes and 38 senior cabinet members.

It’s worth noting that Saudi Arabia accounted for 20% of the Clinton campaign’s funding in 2016.

Among the royals arrested was billionaire and Clinton Foundation donor Al-Waleed bin Talal, best known for picking a fight with Trump on Twitter during the 2016 Presidential Election.