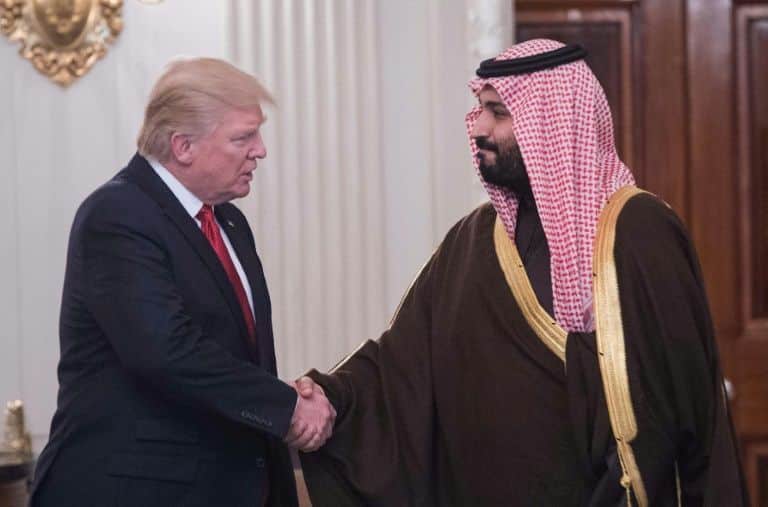 Saudi Arabia does not believe that this measure is targeting Muslim countries or the religion of Islam. This measure is a sovereign decision aimed at preventing terrorists from entering the United States of America. President Trump expressed his deep respect for the Religion of Islam, considering it one of the divine religions that came with great human principles kidnapped by radical groups.”

Prince Mohammed Bin Salman expressed, after the meeting, his satisfaction with the positive attitude and clarifications he heard from President Trump about his stance on Islam, which runs against what the media promoted about the President, stressing that his Excellency President Trump has an unprecedented and serious intention to work with the Muslim World and to achieve its interests and that Prince Mohammed considers his Excellency as a true friend of Muslims who will serve the Muslim World in an unimaginable manner, opposite to the negative portrait of his Excellency that some have tried to promote whether through publishing unjust statements that are taken out of their context or by means of unrealistic media commentaries and analyses about his Excellency.

SOURCE: Original article by Independent Journal Review appears to have been removed!