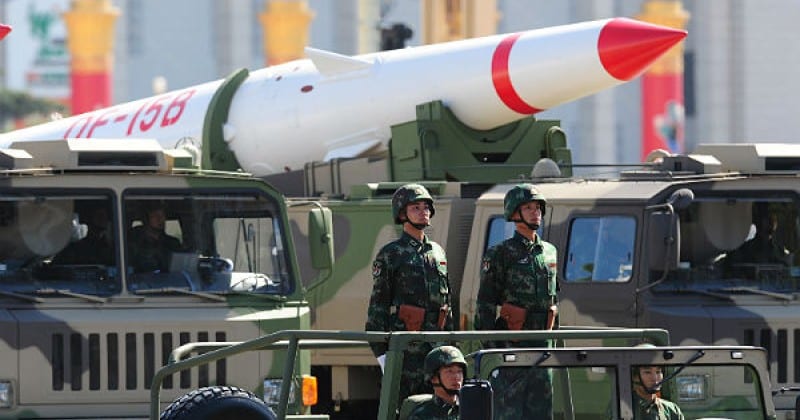 This was first published on Infowars.com by Paul Joseph Watson …

China warns that it is reconsidering its policy not to use nuclear weapons against South Korea in response to the U.S. deploying the THAAD missile system and sending B-52 bombers to protect its ally.

THAAD is being deployed to shield South Korea from North Korean ballistic missiles after several tests by the Stalinist state in recent months. Beijing is furious because the system will also be capable of detecting and tracking missiles launched from China.

It was also reported yesterday that the U.S. will send B-1 and B-52 nuclear bombers to South Korea in order to display a stern show of strength.

An article in the Global Times, which is widely regarded as the voice of the Chinese government, says that Beijing will respond to America’s “strategic provocations” by actioning a “rapid increase in the number and quality of China’s strategic nuclear weapons” and that China isn’t worried about starting a limited “arms race”.

Asserting that “the US must pay the price for the THAAD deployment,” the piece goes on to warn that, “If the US further intensifies its anti-missile attempts and strategic containment, China may reconsider its pledge of not being the first to use nuclear weapons.”

In other words, Beijing is signaling that it would be prepared to use nuclear weapons against South Korea in the event of a conflict.

In a related development, China’s second aircraft carrier is moving closer to completion while China vows to use its “first class navy” to intercept any “intruding aircraft” within its region of control.

Last month, Beijing warned the Trump administration that the People’s Liberation Army is “making preparations” for war after the deployment of the nuclear-powered USS Carl Vinson to patrol the South China Sea.

Meanwhile, columnist Pat Buchanan warns that a new “Korean missile crisis” could be on the horizon.

“New tests by North Korea of missiles or atom bombs for an ICBM could bring U.S. strikes on its nuclear facilities and missile sites, igniting an attack on the South,” he writes, adding that China would then be forced to defend its ally.