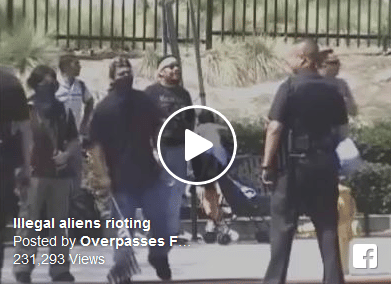 President Trump plans to issue a revised version of his temporary travel ban targeting majority-Muslim countries as early as Tuesday, with a likely focus on fewer people so it will survive legal challenges.
The new order, according to a draft obtained by the Associated Press, would focus on the same seven countries — Iran, Iraq, Libya, Somalia, Sudan, Syria and Yemen — but would only bar entry to those without a visa and who have never entered the United States before. Unlike the original order, people from those countries who already have permanent U.S. residency (green cards) or visas would not face any restrictions.

We need this folks. The majority of these illegal immigrants HATE OUR EVERY WAY OF LIFE! We’ve already let too many in our country so they can trample on our flag and constitution. We must put a stop to it and do it 4 weeks ago! Its by divine providence that we have President Donald Trump has our fearless leader and he’s more intelligent than you give him credit for, snowflakes. Take the pacifier out of your mouth and do some research. These people want to kill you and your family. They are indoctrinating your children into believing the Quran and  Sharia Law.

I love everybody equally, but that doesn’t mean I let them kill me.

OVER MY DEAD BODY!