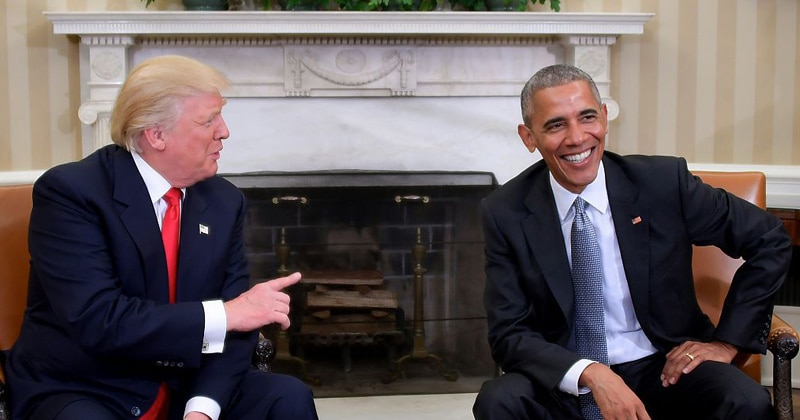 DONALD TRUMP: Would Have Won The Popular Vote If “millions hadn’t voted illegally” …

President-elect Donald Trump continued assailing President Barack Obama on Twitter Tuesday after the Commander-in-chief claimed he probably could have sealed a third term.

Obama claimed in a recently aired interview he could have beat Trump in the 2016 presidential election if he had been able to run.

“I am confident in this vision because I’m confident that if I had run again and articulated it, I think I could’ve mobilized a majority of the American people to rally behind it,” Obama said on former chief strategist David Axelrod’s “The Axe Files” podcast.

“I know that in conversations that I’ve had with people around the country, even some people who disagreed with me, they would say the vision, the direction that you point towards is the right one,” Obama asserted.

In typical fashion, Trump promptly took to Twitter to tell the American people exactly what he thought about Obama’s comments and legacy.

“President Obama said that he thinks he would have won against me. He should say that but I say NO WAY! – jobs leaving, ISIS, OCare, etc,” the president-elect tweeted Monday.

As pointed out by Trump, key swing states where Obama campaigned for former opponent Hillary Clinton such as Wisconsin, North Carolina and Florida ultimately went Republican.

Last month, as Democrats struggled to come to grips with the election loss, Trump also claimed he would have also beat Clinton if the US president was picked by popular vote instead of by the electoral college.

He also stated he would have won the popular vote if “millions hadn’t voted illegally.”

The Obama administration will hand over the reins to Trump on Inauguration Day, January 20, 2017.