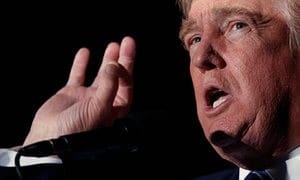 “I’m not looking for credit; I’m looking to make American great again”. These were the victory speech of Trump when he won with 278 electoral votes out of 538 – he needed 270 out of it to win.

Days prior the election O’Keefe exposed his first video, explains how Democrats have been manipulating voter turnout for years. Scott Foval a democratic operative, who was fired from American United for Change as the Deputy Political Director after the video exposed. He explains in the video, “We manipulated the vote with money and action, not with laws” To bring people from one state to another state to vote illegally. He explains why they can’t just “bus in” voters. “It’s the legality, because you can prove conspiracy if there’s a bus. If there are cars it’s much harder to prove.

Foval describes how they avoid being detected and free of criminal charges. “Would they charge each individual of voter fraud? Or are they going to go after the facilitator for conspiracy, which they could prove? It’s one thing if all these people drive up in their personal cars. If there’s a bus involved? That changes the dynamic. Focal said. He added” the question is, whether when you get caught by a reporter, does that matter? Because does it turn into an investigation or not? In this case, this state, the answer is no, because they don’t have any power to do anything.” Foval talks about the journalist, the media or the law.

Before Trump claimed the victory he claims rigged US Election machines changes vote from Republican to Democrat and these reports comes from various place that Republican voters are being unable to cast their vote correctly.

Voter Bobbie Lee Hawranko said: “I went back, pressed Trump again. Three times I did this, so then I called one of the women that were working the polls over. “And she said you must be doing it wrong. She did it three times and it defaulted to Hillary every time.”
In The Bronx, some voters were left waiting in line for hours after being told the machines were not scanning ballots correctly, a group began shouting: “It’s rigged!”

According to data from Google, there has been a 300 per cent increase in searches related to “voting machine problems” across Pennsylvania over the past six hours.

But experts have said the creaking system is probably just showing his age and voters should not be concerned.

Kay Stimson, from the National Association of Secretaries of State (NASS), said there had been no reports of any widespread issues affecting voting machines.

Authorities say that reports of similar errors in a small number of counties were dealt with quickly and no erroneous votes were recorded.

After winning, Trump had offered generous words for his vanquished opponent, saying she had worked hard for many years and was owed a “deep debt of gratitude”. Trump added:  “We will get along with all other nations willing to get along with us. We will deal fairly with everyone. We will seek common ground, partnership not conflict.

“America will no longer settle for anything less than the best. We must reclaim our destiny.”