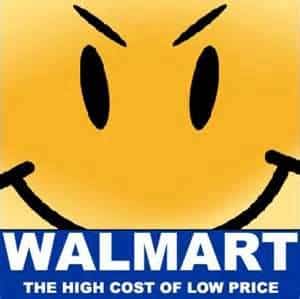 The Friday after Thanksgiving has long been considered not only the beginning of the holiday shopping season but the day retailers statistically move out of the red in their annual budget and into the black – giving it the name, Black Friday. But Black Friday 2012 was memorable for a few other reasons that differ from those of previous years.

According to Democracy Now protesters greeted Walmart shoppers this year with signs and chants decrying the giant retailers’ disregard for the welfare of its’own workers – at more than 1000 Walmart stores across the country, making Walmart the official poster child of modern public dissent for corporate abuse. Never before in American history had such a large, coordinated display of discontent manifest against a single commercial institution.

Another way Black Friday was different this year is that it was considered to have started, for many retailers, on Thursday night. Dozens of major retailers have now decided the pursuit of their goal to get into the black is more important than any reverence for the American and Christian tradition of Thanksgiving and the unique opportunity of many for enjoying quality family time that evening. These earlier store openings have been called Christmas Season Creep, but they may soon earn another name instead – and one ironically deserving of the impunity and self-will with which big business has come to impose it’s own interests against the good of human destiny and even basic reverence for God.

October 24, 1929 was the end of an age in investment finance on Wall Street and the beginning of the Great Depression. It was the day stocks plunged and the playing field between the impudent rich and the grieving poor was suddenly far more level. That day also had an iconic name – one that sends chills up the spine of every speculative financier and major corporation executive even to this day. And it is the same name you get if you move Black Friday up one day – Black Thursday.

With as much financial instability, closing of major outlets and as many crises over banker-imposed austerity measures as we have seen throughout the world lately, would it not be ironic if, for the retail giants, the same meaning for the name, Black Thursday, follows soon after their replacement of His day for thanks?