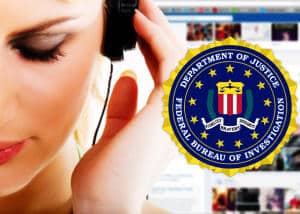 Once upon a time, privacy was not a word that was foreign to the English
language. In that time long ago, police and governments would often have
to manufacture an incident (like 9/11) in order to successfully push for
more legal powers to monitor private conversations or access data without
a warrant.

However, in 2012, the premise of the invasion of privacy is no longer
necessary. Now, the debate itself is a foregone conclusion that agencies
will be granted greater power to surveil the populace. The only question
taken into consideration is what might be the best method that these
organizations can utilize in order to take advantage of these coming
powers.

Such is now the case with various Internet chat services like Skype and
other companies or products utilizing Voice over IP technology, which law
enforcement complains makes the task of eavesdropping on “suspects’”
communications much more difficult.

As explained by MassPrivateI in the article, “Police want to covertly
eavesdrop (spy) on voice over IP chats,” Voice over IP software allows for
individuals to “make phone calls over the Internet by converting analog
audio signals into digital data packets.”

The article continues by stating,

Because of the way the packets are sent over the Web, sometimes by a
‘peer-to-peer’ connection, it can be complex and costly for law
enforcement agencies to listen in on them. This has previously led
some countries, like Ethiopia and Oman, to block VoIP services on
‘security’ grounds. In the United States and Europe, too, VoIP has
given authorities a headache. The FBI calls it the going dark problem’
and is pushing for new powers to force Internet chat providers to
build in secret backdoors to wiretap suspected criminals’ online
communications.

In other words, law enforcement is irate that a technology exists that
does not allow them to easily and illegally monitor the private
conversations of American citizens. This, of course, ignores the fact that
government technology is light years ahead of anything available to the
average person. Thus, to believe that surveillance technology for VoIP
software does not exist already is clearly naive.

Regardless, as is always the case when law enforcement and government
claim they do not have enough sweeping power to “keep us safe,” they are
swiftly granted more.

In this case, however, it is the private sector (joined at the hip with
the government, military, and intelligence agencies at the highest levels)
that is rushing in to save the day. Specifically, Dennis Chang, President
of Sun Valley-based company VOIP-PAL, has recently obtained patents to
what has been termed a “legal intercept technology” that would allow a
host of government agencies to “silently record” VoIP communications.

Predictably, Microsoft has also applied for a similar patent that would
allow an agency to “secretly intercept” communications via VoIP, amend the
communications content, and store it. Although only recently announced to
the public, the patent was filed as far back as 2009.

Chang’s VOIP-PAL patent was filed even earlier in 2007.

In the Microsoft patent, Patent Number 20110153809, it is stated that data
that is linked with a request to establish a communication is “modified to
cause the communication to be established via a path that includes a
recording agent.”

Among the possibilities of the types of modification that may occur during
this process, “adding, changing and/or deleting data within the data” are
all potential methods of alteration.

After the data has been modified, it is then passed to a protocol entity
which uses the data to establish a communications pathway than includes a
recording agent which is then “able to silently record the communication”
according to the patent application.

Yet one should not be under the impression that this secret intercept
surveillance technology is directed only at programs like Skype. As
MassPrivateI writes,

The technology could allow the monitoring of conversations, voice
messages and video conferences over a variety of devices, including
smartphones, laptops and gaming devices.

With this new technology, individuals can be identified by their usernames
and subscriber data, as well as by billing records that can associate
usernames with names and addresses. This would make not only calls
available for easy interception, but also “any other data streams such as
pure data and/or video or multimedia data.”

Of course, it is now becoming well-known that governments and other
militant privacy violators do not necessarily even need such technology.
Nor do they even need the legal authority for access. This is because
major companies like Skype have been notorious for easily surrendering
users’ personal data, even at times volunteering to submit the information
to the requesting agencies. In a recent report by RT, it was described how
Microsoft-owned Skype eagerly handed over the data of one of its users to
a Texas-based intelligence firm.

Yet the legal authority to grind the boot of the state further into the
face of American privacy is not being neglected either. Considering the
recent announcement regarding the infamous Senator Patrick Leahy’s
revision of a bill allegedly designed to protect American’s privacy into
one that actually eviscerates privacy even more, there should be little
doubt that the global surveillance control grid is moving ahead unabated.

In the end, the new VoIP surveillance software is yet one more block in
the Berlin wall of surveillance and globalized control. As the Brookings
Institution has already stated, the labor and cost needed to monitor,
evaluate, and store every form of communication and data within the
borders of the United States is minuscule when compared to other products.

With this in mind, anyone who believes those in control of these
technologies are merely making wish lists for the future will find
themselves both surprised and disappointed soon enough.

Brandon Turbeville is an author out of Florence, South Carolina. He has a
Bachelor’s Degree from Francis Marion University and is the author of
three books, Codex Alimentarius — The End of Health Freedom, 7 Real
Conspiracies, and Five Sense Solutions and Dispatches From a Dissident.
Turbeville has published over 175 articles dealing on a wide variety of
subjects including health, economics, government corruption, and civil
liberties. Brandon Turbeville’s podcast Truth on The Tracks can be found
every Monday night 9 pm EST at UCYTV.  He is available for radio and TV
interviews.