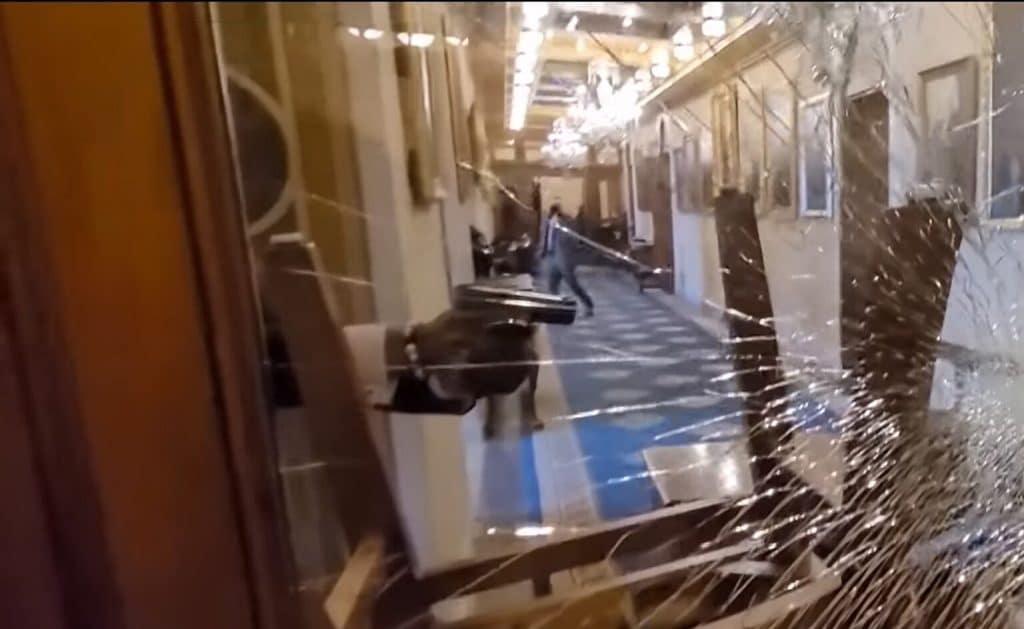 
U.S. Capitol Police Lt. Michael Leroy Byrd opened fire on Babbitt as she climbed through a broken windowpane inside the Capitol.

For more than seven months, the U.S. Capitol Police officer who shot and killed Ashli Babbitt, an unarmed protester climbing through a broken window in a hallway of the U.S. Capitol on January 6, has remained anonymous.

Though his name was known to U.S. Capitol Police, congressional staffers and federal investigations, no one would divulge it. The secrecy fueled months of online speculation.

“The U.S. Congress wants to protect this man. He’s got friends in high places and they want to protect him,” said Maryland attorney Terry Roberts, who represents the family. “And they’ve done a pretty good job of it. … I don’t think it’s a proud moment for the U.S. Capitol Police or the U.S. Congress.”

Byrd’s attorney, Mark Schamel, did not dispute the positive identification. It adds to information from other sources who told Zenger in recent months that Byrd was the January 6 shooter. None of them would say so on the record.