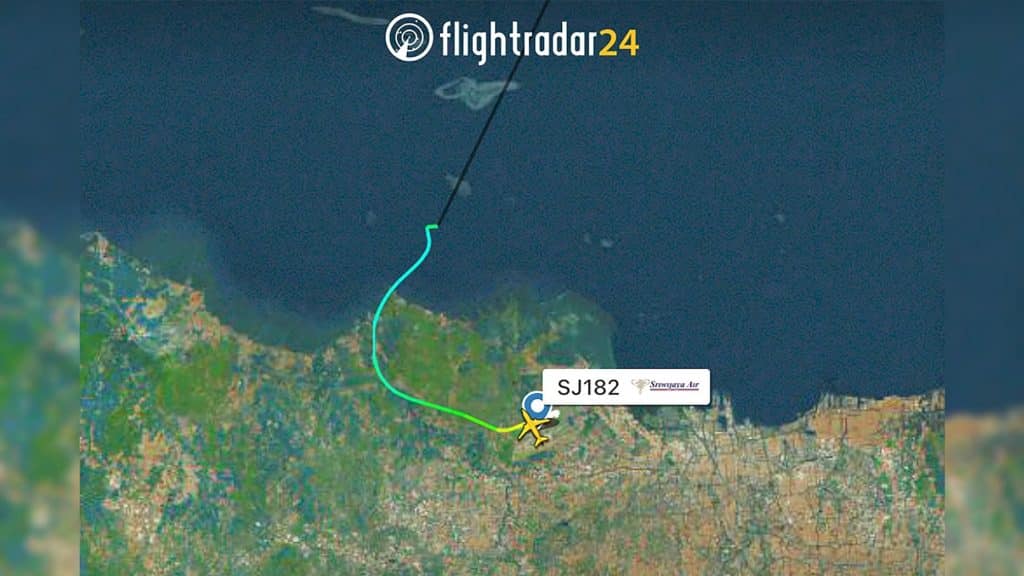 Indonesian Jetliner Disappears During Short Flight With 62 Aboard

Indonesian Jetliner Disappears During Short Flight With 62 Aboard

The location of a passenger jet carrying 62 people that disappeared Saturday after departing from Indonesia’s capital has been pinpointed, according to the country’s navy.

The flight reportedly disappeared from radar just four minutes after the pilot called in to ascend to an altitude of 29,000 feet.