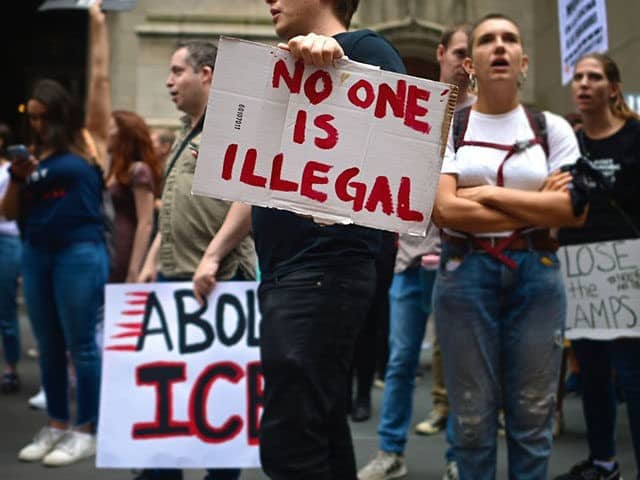 You just can’t make this stuff up.

It’s now against the law in New York City to threaten someone with a call to immigration authorities or refer to them as an “illegal alien” when motivated by hate.

The restrictions — violations of which are punishable by fines of up to $250,000 per offense — are outlined in a 29-page directive released by City Hall’s Commission on Human Rights.

Who’s to say if the person is acting out of “hate” or not? Who makes that call? The government? Yea! I’ll trust that one!

It’s time that DemonRat Career Politicians STOP REWRITING OUR LAWS TO PANDER TO PEDOPHILES AND ILLEGAL ALIENS, and START DOING WHAT’S BEST FOR AMERICA or WE WILL VOTE YOU OUT!

They are what they are: ILLEGAL ALIENS! PERIOD.