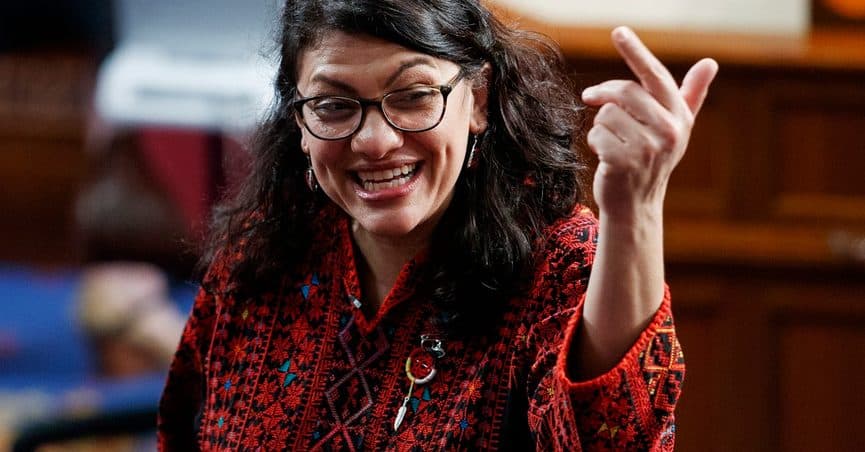 One does not expect much of interest to happen during House Oversight and Reform Subcommittee on Economic and Consumer Policy hearings, but somehow a conversation about the alleged dangers of e-cigarettes resulted in suggestions of conspiracy by Tlaib.

First, Tlaib attempted to call Porter’s political views into question, even though the hearing was titled “Don’t Vape,” suggesting a singular, presumably nonpartisan focus on a specific type of product.

“Ms. Porter, I was reading because I want to know more about you and your beliefs, and I respect that we all have different beliefs, but you call yourself a converted conservative and a reformed Marxist? Are you a conspiracy theorist?” Tlaib asked.

“I think my politics are entirely irrelevant to this hearing,” Porter said in response.

Tlaib then took a hard pivot toward an apparent wink done by Porter toward someone else on the committee.

“Oh, okay, why were you winking at one of my colleagues on the other side of the aisle? You winked,” Tlaib asked.

The answer was decidedly non-conspiratorial.

“Because I know Glenn Grothman,” Porter said, referencing the GOP representative from Wisconsin. “He introduced me. He’s a friend of mine.”

Tlaib wasn’t quite satisfied. “Oh, I understand. I didn’t know what the winking was,” Tlaib said. “I thought maybe there was like a conspiracy thing going on. I didn’t know.”