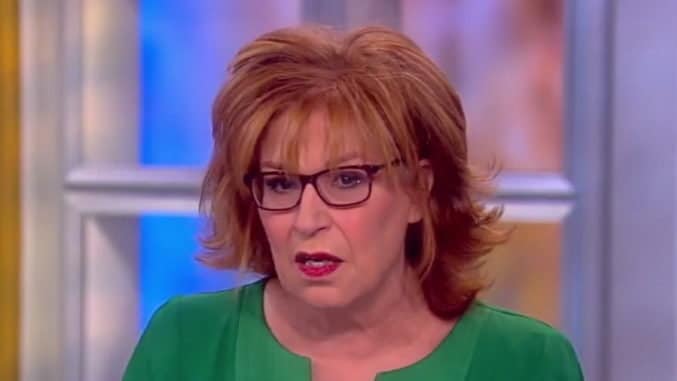 Long on passion, short on wisdom …

An exasperated Joy Behar confusedly asked why President Donald Trump hasn’t been “brought up on charges of hate speech” during Thursday’s edition of “The View.”

Behar and the other co-hosts were discussing the controversial tweets from the president telling four female members of Congress to go back to their home countries, despite only one being an immigrant.

“He doesn’t care or doesn’t acknowledge the fact that what he is doing is possibly inviting violence towards these women, and women who are saying this is wrong. I don’t like this,” said Whoopi Goldberg.

“This involves every female in this country,” Goldberg claimed.

“Well why can’t he be brought up on charges of hate speech?” Behar asked bizarrely.

“Why can’t he be sued by the ACLU for hate speech?” she asked later. “I don’t get it. How does he get away with this.”

Many on social media ridiculed Behar for her comments, but Scott Shackford of Reason.com offered an explanation for why the president could not be charged with “hate speech,” and why even if there were such a thing, the ACLU would not be the entity to sue him.

“Hate speech” is protected by the First Amendment of the Constitution. Yelling for Omar to go back to Somalia (or to be forcibly sent to Somalia) is gross, but falls under free speech protections as an opinion.

In the event we did have laws against “hate speech,” they’d be enforced by the government, not by the ACLU. Given that Trump runs the branch of government that would enforce such laws, and that he regularly declares the media to be the “enemy of the people,” we should be reassured, not upset, that there is no law against “hate speech.”