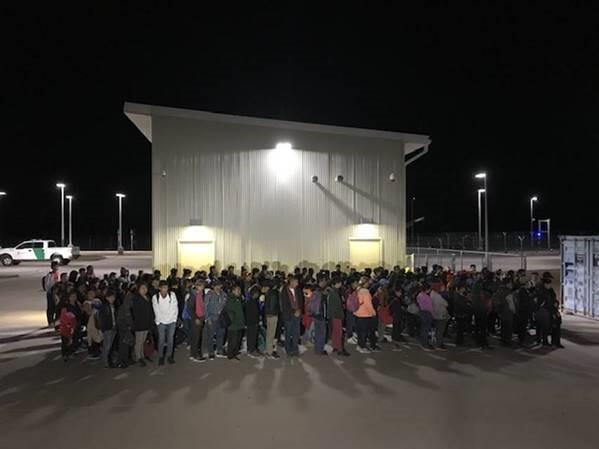 The 194 illegal aliens in this group and like many others before was comprised primarily of Central American families and unaccompanied juveniles.

At approximately 3 a.m. Sunday, Border Patrol agents encountered the group illegally entering the United States at the Camp Bounds Forward Operating Base adjacent to the Antelope Wells Port of Entry. The majority of illegal aliens in this groups were from Guatemala, Honduras, and El Salvador.

Though recent monthly figures show a decrease in apprehensions, the U.S. Border Patrol continues to arrest high numbers of illegal aliens entering the United States compared to last year. This high number of apprehensions continue to present a challenge to our border operations as this remains a national security and humanitarian crisis.

“Large groups like these exacerbate the current immigration process further impacting our workforce, facilities, and resources,” said Interim Chief Patrol Agent Gloria Chavez, “I commend the incredible work of our Border Patrol Agents who continue to push forward through this border crisis.”

U.S. Customs and Border Protection welcomes assistance from the community. Citizens are encouraged to report suspicious activity to the U.S. Border Patrol and remain anonymous by calling 1-800-635-2509 toll free.