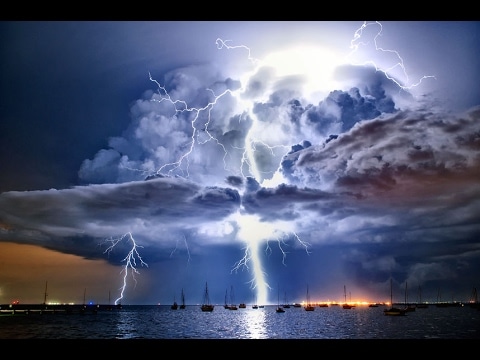 I am issuing a stronger prophetic warning than I ever have. I wrote in Visions of the Coming Days in 2011 that the U.S. was not yet under wrath. I differentiated judgment from wrath by saying that judgment is the pressure brought to bear by a loving and patient God to separate right from wrong and good from evil. When judgment fails to produce that result—when repentance does not come—wrath falls as God‘s last resort to remedy the greater destruction wickedness brings. I said in 2011 that we were perhaps 3/4 of the way through the season of judgment. I am now saying that the cup of the Lord’s wrath is nearly full.

I prophesied in 2015 that we would see a level and depth of corruption exposed in the U.S. government that would rock the nation. We’re seeing it now on both sides of the political aisle, and there is more to come. Many of those surrounding President Trump have come under indictment, although the Mueller report has absolved him of collusion with the Russians and finds insufficient evidence for obstruction of justice. Crimes are surfacing from the last presidential administration that have yet to be prosecuted. Sexual immorality has accelerated in both quantity and perversity culture-wide—and even in the church—until it permeates nearly every television show and movie production in reflection of the condition of the culture these are meant to entertain. It is, of course, presented as normal, natural and good.