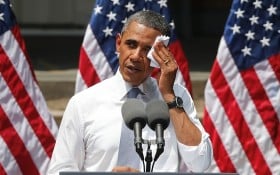 Mueller Report: Trump is Innocent, Now Its Time For People To Go To Jail

Special Counsel Robert Mueller delivered the definitive, final report on Russian collusion and the Trump campaign on March 22, 2019. In a nutshell, Mueller found that despite multiple attempts by Russian spies to influence the Trump campaign, every one of those efforts was turned away.

Everyone in the Trump campaign acted honorably and with America’s best interests at heart. No US person or member of the Trump campaign colluded with Russia and the President did not at any time attempt to interfere with the investigation or to obstruct justice.

Numerous Deep State officials are now guiltily whistling and shuffling toward the door to escape indictment. The American people should insist that these clowns, frauds and thieves who tried to steal the 2016 election do not get away with it.

We now know that the entire Russian collusion investigation begun at the FBI was originated by the fake dossier compiled by Fusion GPS and paid for by Hillary Clinton.

The investigation was based on a false pretext. Mueller’s refusal to indict anyone for Russian collusion is a damning indictment of that dossier.

It was all fake, otherwise someone would have been indicted. Other than the innocent Trump campaign officials who were nailed for silly process crimes, no Russian collusion took place. The whole thing was based on a fraud.

The American people should demand that the Clinton campaign, Fusion GPS and every DOJ and FBI agent who knowingly participated in this crime go to jail.