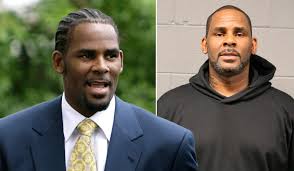 Anybody watching this interview with discernment knows R. Kelly is an Arrogant, Lying POS!

CHICAGO (AP) – R. Kelly was taken back into custody Wednesday after appearing at a child-support hearing, authorities said, hours after the broadcast of an interview in which the R&B star cried and ranted about being “assassinated” by allegations of sexual abuse that led to criminal charges last month.

A spokeswoman for the Cook County Sheriff’s Office said Kelly would not be released from jail until he pays $161,000 in back child support.

“He came here expecting to leave. He didn’t come here to go to jail,” Johnson said.
Addressing the court’s refusal to accept the smaller amount, he said “in the end nobody wins. The kids still don’t have any money.”

The singer’s next hearing is scheduled for March 13, sheriff’s spokeswoman Sophia Ansari said.

Kelly was charged last month with 10 counts of aggravated sexual abuse and has pleaded not guilty. He spent a weekend in jail before someone posted his $100,000 bail.