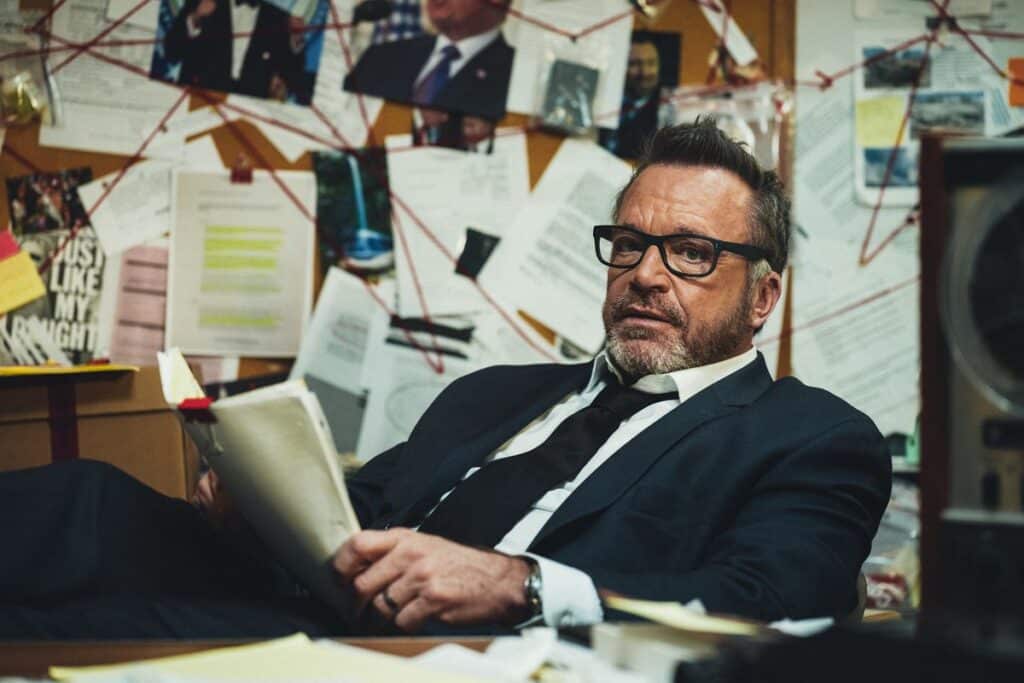 The Secret Service paid a visit to Tom Arnold last month after he tweeted challenging Donald Trump to a fight, the actor confirmed Monday.

In a video Arnold sent to Mother Jones published on Monday, the “True Lies” star is seen speaking with agents in his Los Angeles home on Oct. 25.

“We’re not the First Amendment police,” one agent says in the clip. “You’re free to say whatever you want … [but] once a certain line is crossed … what we’re concerned with is the type of audience it could reach, that it could incite somebody.”

Arnold was cooperative with the agents and explained that he understood the ramifications of his posts.