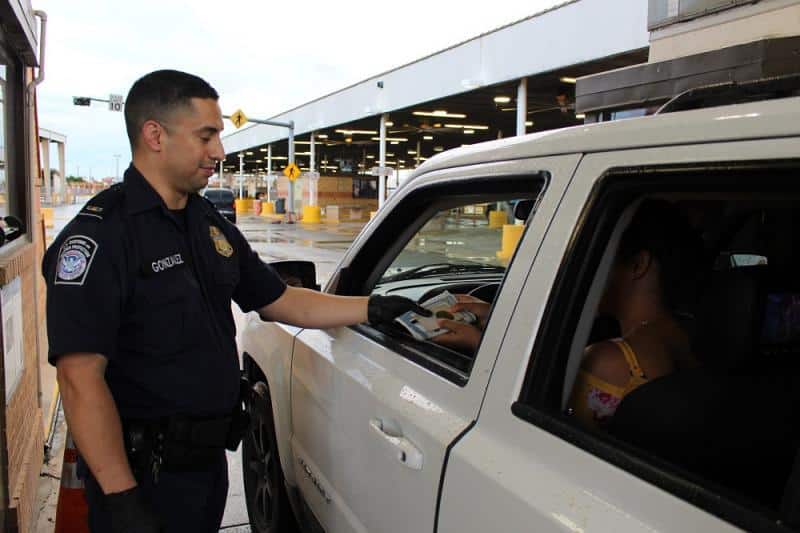 Luis José Arias-Mejía, also known as Jose Luis Mejia-Arias and Josue Pérez-Quiles, a citizen of the Dominican Republic, made an initial appearance Friday before U.S. Magistrate Judge Silvia Carreño-Coll, for charges of violating Title 8, United States Code, Section 1326 (a) and (b)(2); re-entry after previous removal or deportation and subsequent to a conviction for commission of an aggravated felony.

On Nov. 1, during inspections authorized by federal law, Mr. Arias-Mejía claimed to be a United States citizen by the name of “Josue Perez-Quiles,” presenting CBP Officers what appeared to be a fraudulent Puerto Rico driver’s license.

However, further investigation conducted by CBP Officers revealed that Arias-Mejía was the same individual found by agents of U.S. Immigration & Customs Enforcement in a Pecos, Texas, who served a term of imprisonment of 16-months for the offense of possession with intent to distribute heroin. In July 2018, he was removed to the Dominican Republic, his country of origin

Assistant US Attorney Elba Gorbea in charge of the case for the U.S. Attorney’s Office in the District of Puerto Rico.

If convicted, Mr. Mejia-Arias faces imprisonment for not more than 20 years, or a fine, or both.

All defendants are presumed innocent until proven guilty by a court of law.

CBP’s mission is to facilitate travel while maintaining the highest standards of security for those who live here and for those who come to visit. On a typical day last year, CBP officers processed more than 1 million travelers arriving airports, seaports or border crossings.

NEW YORK — A twice-removed Mexican national was sentenced Oct. 31 to 57 months in federal custody, which will run consecutively with his 30 month state sentence for rape. The sentencing of Rogelio Mendez, 38, follows a 2017 indictment pursuant to U.S. Immigration and Customs Enforcement’s (ICE) Enforcement and Removal Operations (ERO) securing the arrest warrant for illegal reentry.
“Mendez had a past criminal history in the U.S. and was removed twice, but then decided to illegally reenter the country only to commit a more heinous crime,” stated William Joyce, acting field office director for ERO New York. “This man is already incarcerated for his recent rape conviction, and now, thanks for the proactive approach of the men and women of ICE, he will serve a lot more time behind bars for his felony reentry offense.”

According to court filings and facts presented during court proceedings, Mendez, a Mexican citizen, was initially deported from the United States in 2004, after he served a two year New York State prison term for his conviction for possessing a loaded firearm in Queens, New York. Mendez illegally reentered the United States in 2005 and was deported in March 2009. Mendez again illegally reentered the United States from Mexico in 2010. On September 11, 2016, while he was employed at a restaurant in Southampton, New York, Mendez raped a woman at a home that the defendant shared with his co-workers. The defendant pleaded guilty to third-degree rape in February 2017 and was sentenced to 30 months’ imprisonment.

ICE is focused on removing public safety threats, such as convicted criminal aliens and gang members, as well as individuals who have violated our nation’s immigration laws, including those who illegally re-entered the country after being removed and immigration fugitives ordered removed by federal immigration judges.

“This is the second person wanted on this type of charge that we have intercepted at our local international bridges within the last few days,” said Port Director David Gonzalez, Hidalgo/Pharr/Anzalduas Port of Entry. “Our ability to query everyone seeking entry into the United States allows us to identify people that have issues with CBP or any other law enforcement agency.”

CBP officers working at the Anzalduas-Reynosa International Bridge on Nov. 3, encountered Rogelio Juarez, a 46-year-old man from Austin as he arrived from Mexico in a white 2016 Chevy Silverado. Initial primary queries indicated that he was a possible match to an arrest warrant and secondary checks utilizing biometric verification through CBP databases confirmed his identity and active arrest warrant from the Austin Police Department, a second-degree felony for child sexual assault.

Juarez is accused of sexually assaulting a female family member in April 2016, who was then 15-years-old.

CBP OFO arrested Juarez who was then turned over to the custody of the Mission Police Department who in turn booked him at the Hidalgo County Jail to await extradition proceedings.

Criminal charges are merely allegations. Defendants are presumed innocent unless proven guilty in a court of law.