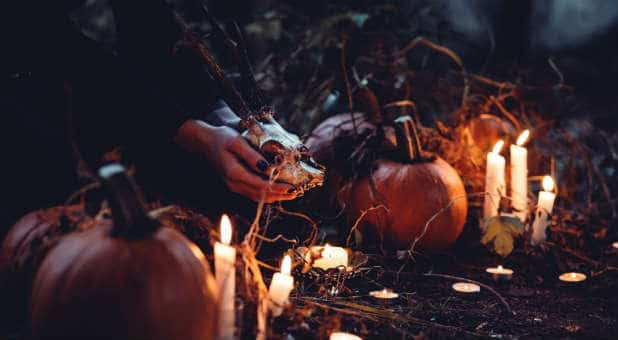 “Christian” Witches Rising Using the Name of Jesus & Their Next Target

Editor’s note:
Sister Jen, I KNEW those prayer cloths so called “Christians” send you in the mail were EVIL. I felt it. I was going through so much spiritual warfare with trouble in my life at the time. When I got out of the hospital I looked at that prayer cloth (picture of “Jesus”) and His eyes glowed EVIL LIKE. My mom saw it too. I immediately threw it out!

In this season, I’ve seen a rise of Christians practicing witchcraft. Or maybe they aren’t Christians at all.

I won’t judge someone’s salvation, but when people in church release word curses, pray against you, and conduct unholy fasts to destroy you the fruit of the Spirit is clearly lacking.

Galatians 6 lists both the fruit of the Spirit and the works of the flesh. Witchcraft is among them. But there is a higher level of witchcraft that some so-called Christians are tapping into and it’s dangerous.

Check out my latest video:

It’s been nearly a year—it was Nov. 15, 2017, to be exact—that I blew the trumpet on the Christian witch movement brewing in the spirit. I issued a strong, bold prophetic warning about Christian witches rising using the name of Jesus.

I am warning of the witch movement’s latest target, as well as exposing one reason why the witchcraft movement is gaining so much momentum in this season and more.