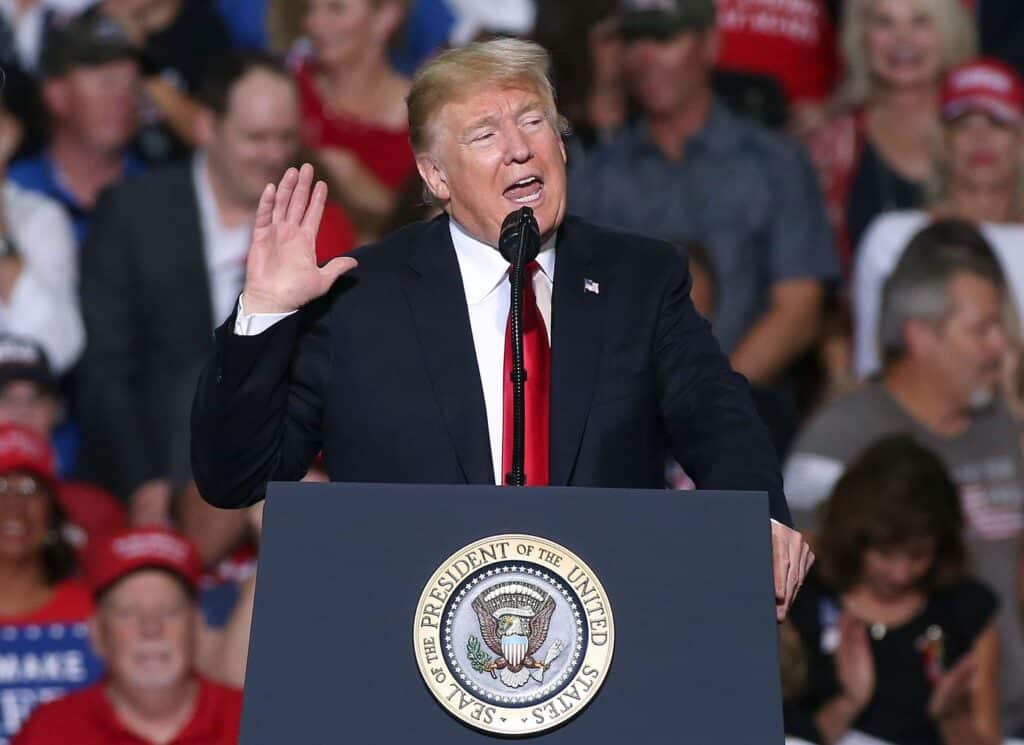 Asked how many troops he was willing to send, Trump told the paper simply, “as many as necessary.”

via FoxNews.com and syndicated by Infowars.com:

In an interview aboard Air Force One on Monday, President Trump made clear there was no limit to the number of troops he’s willing to send to the border to address the growing migrant caravan quickly making its way through hot and humid temperatures in Mexico to the U.S. border.

The president previously vowed to send the U.S. military, as opposed to the National Guard, to confront the group, which the United Nations now estimates is over 7,200 members strong. Dramatic footage over the weekend showed the caravan, which is at least 1,100 miles from the U.S. border, defying Trump’s warnings and smashing a border fence, as migrants flooded into Mexico despite the presence of riot police.

Trump told USA Today in an interview that “people from the Middle East” are among the thousands of migrants in the caravan, echoing remarks he made on Twitter Monday morning, when he complained there were MS-13 gang “criminals and unknown Middle Easterners mixed in.” The president did not elaborate.