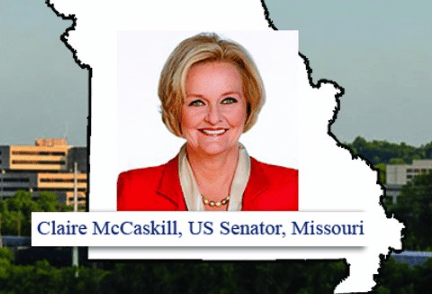 LEAKED: Claire McCaskill Staffer Opens Up About How She Is PAID By PLANNED PARENTHOOD

Editor’s Note: God has been giving me words about Claire and this EXACT issue the past few days. He’s been speaking to me saying she is accepting donations from Planned Parenthood. I’m sorry but not sorry … MURDER is NOT “healthcare”. May God Yahweh have mercy on your soul! We all know you worship BAAL.

CONGRATS Sen. Claire … I hope you get a lot of MEDIA COVERAGE OVER THIS! 😉

An undercover video shows staffers on U.S. Sen. Claire McCaskill’s campaign describing how Planned Parenthood sends money to her secretly so she will not look as pro-abortion to Missouri voters.

A pro-abortion Democrat, McCaskill is considered one of the most vulnerable senators running for re-election in November, Townhall reports. After voting against U.S. Supreme Court Justice Brett Kavanaugh’s confirmation, she fell behind her opponent, pro-life Republican Josh Hawley, in the polls.

The video, released by Project Veritas this week, shows how McCaskill’s campaign appears to be trying to appeal to moderate voters in the mid-western state by downplaying her radical pro-abortion stance.