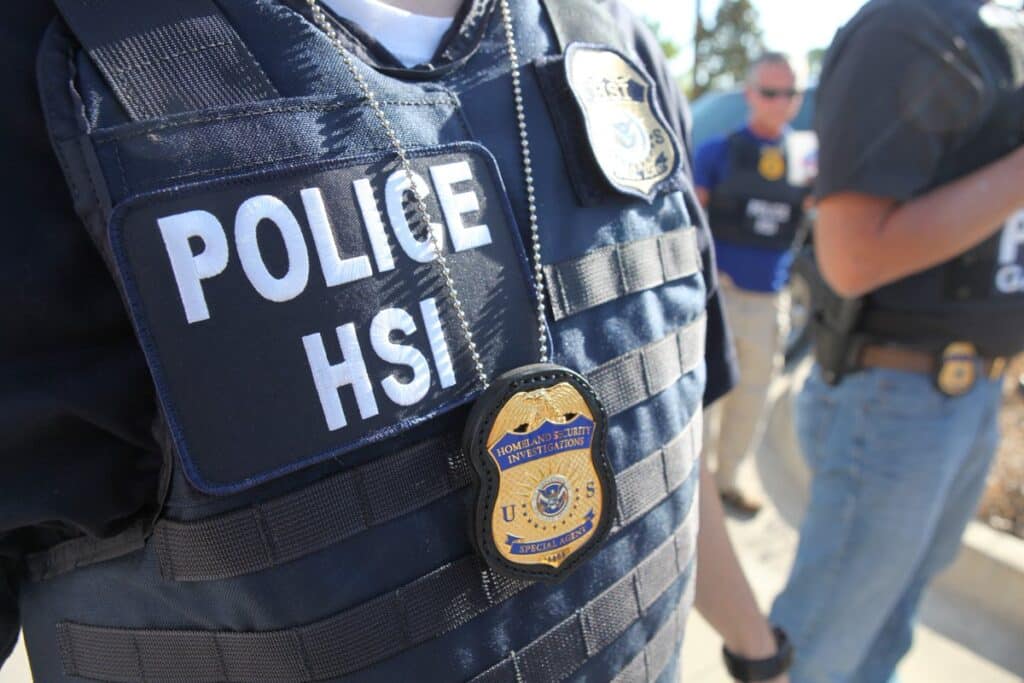 HOUSTON – A southeastern Texas man was sentenced in federal court Wednesday to a total of 35 years in prison on multiple convictions including sexual exploitation of a minor and possession of child pornography.

This sentence resulted from an investigation by U.S. Immigration and Customs Enforcement’s (ICE) Homeland Security Investigations (HSI) Houston and the HSI Cyber Crimes Center, with assistance from state and local investigators assigned to the Houston Metro Internet Crimes Against Children Task Force.

Stephen P. Lynch, 43, of Kingwood, Texas, was sentenced to 360 months for sexual exploitation of a minor, and 60 months for possession of child pornography, respectively. His prison terms will run consecutively. Lynch pleaded guilty to both charges on June 6, 2018.

On June 13, 2017, the HSI Houston Cyber Investigations Group received a tip from the HSI Cyber Crimes Center that an unidentified female child exploitation victim was possibly located in Kingwood, Texas. The child had appeared in a series of sexual abuse images that were known to domestic and international law enforcement and had been traded over a period of two years.

The HSI Cyber Crimes Center was able to narrow down the search to Kingwood, Texas, with assistance from a Smithsonian Museum of Natural History horticulture expert who identified the geographic location of the photos based on the plant life in the background of images.

With the search narrowed down to a particular region, the HSI Cyber Crimes Center then focused on other visible background items in the images, which led them to Kingwood. Investigators searched local parks, dance studios, gyms and other venues for leads. After an exhaustive effort, authorities located the suspect and the victim was rescued.

On June 15, 2017, agents obtained a federal search warrant for Lynch’s residence. A forensic examination on items seized from the home uncovered approximately 38 videos and five images of child pornography with children under the age of 12. Agents also found 71 pornographic images of the minor victim that were produced by Lynch. After an attempt to flee, authorities arrested Lynch in Georgetown, Texas, on June 19, 2017.

Lynch’s sentencing also includes five years of supervised release, following his release from prison, during which time he will have to comply with numerous requirements designed to restrict his access to children and the internet. He will also be ordered to register as a sex offender.

The investigation was conducted under HSI’s Operation Predator, an international initiative to protect children from sexual predators. Since the launch of Operation Predator in 2003, HSI has arrested more than 16,000 individuals for crimes against children, including the production and distribution of online child pornography, traveling overseas for sex with minors, and sex trafficking of children. In fiscal year 2016, more than 2,600 child predators were arrested by HSI special agents under this initiative and more than 800 victims identified or rescued.

HSI encourages the public to report suspected child predators and any suspicious activity through its toll-free Tip Line at 1-866-DHS-2-ICE or by completing its online tip form . Both are staffed around the clock by investigators. From outside the U.S. and Canada, callers should dial 802-872-6199. Hearing impaired users can call TTY 802-872-6196.

Suspected child sexual exploitation or missing children may be reported to the National Center for Missing & Exploited Children, an Operation Predator partner, via its toll-free 24-hour hotline, 1-800-THE-LOST.