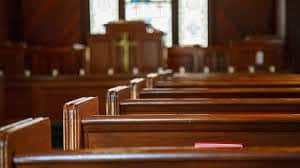 “We intend to gather extensive evidence from the church, as well as from victims, their families, and other persons. I am firmly of the view that full transparency benefits not only the public, but also the church and most importantly, it will help us expose and address potential wrongdoing and protect the vulnerable from abuse,” he says.

The Springfield News-Leader reports that the diocese of Springfield-Cape Girardeau is launching its own independent inquiry going back more than 50 years.