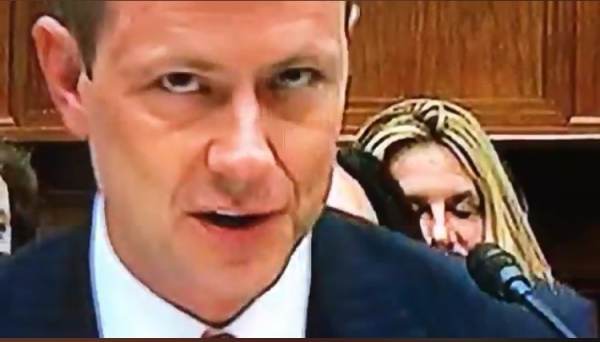 Shortly after the news of Strzok’s firing hit the public, the former FBI agent fired off a tweet from a newly created Twitter account linking to a GoFundMe page begging for $150,000.

Peter Strzok tweeted: “Deeply saddened by this decision. It has been an honor to serve my country and work with the fine men and women of the FBI.”

Deeply saddened by this decision. It has been an honor to serve my country and work with the fine men and women of the FBI. https://t.co/iET9SbeTrv pic.twitter.com/7VTswzjoxE 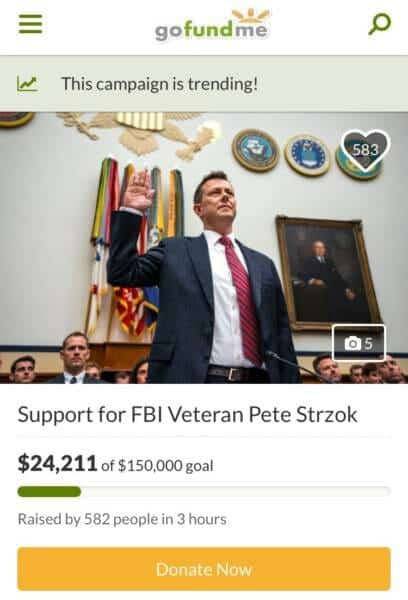 Screenshot of GoFundMe with a caption that reads, “Support for FBI Veteran Pete Strzok”

Updated at 2:30pm CST – appears he was at $149k so he may have met his goal. He’ll need it not only because he’ll be out of a job for awhile; he will have plenty of court costs 😉 Good Luck Petey! 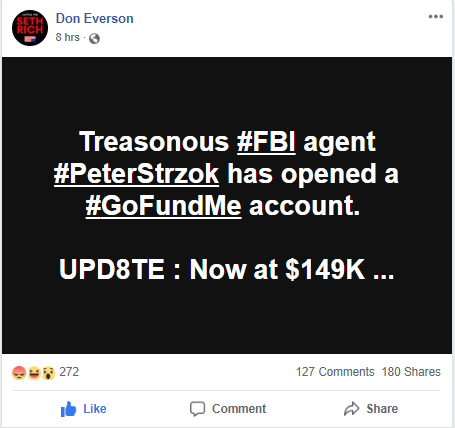