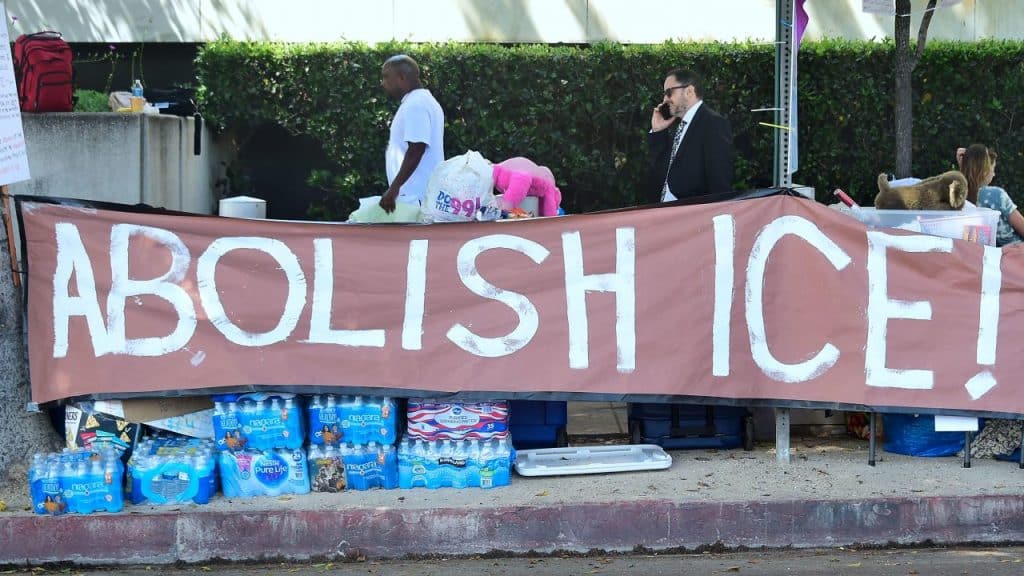 Police in Portland, Oregon, ignored calls for help from Immigration and Customs Enforcement agents who were stuck inside their offices while violent protesters demonstrated outside, a new letter from an ICE employee union alleges.

Amid furor over the Trump administration’s “zero tolerance” illegal immigration policy, which resulted in the separation of immigrant families, activists — many associated with Antifa — set up an “Occupy ICE” tent city outside the Portland ICE office to protest the policy.

The demonstrations often turned violent, trapping ICE employees inside the office. The violence forced ICE administrators to close the Portland office on June 20; it re-opened on July 3.

However, in the midst of the violence, many ICE employees phoned 911 for police assistance. But according to the National Immigration and Customs Enforcement Council — a union that represents ICE employees — officers did not respond to calls for help.

Apparently, Portland’s sanctuary city policy, which prohibits city law enforcement from working with federal immigration authorities, is to blame. In a letter to Portland Mayor Ted Wheeler, an attorney for NICEC alleges the policy violates the 14th Amendment’s Equal Protection Clause, according to KATU-TV.

“I assert that your current policy forbidding Portland law enforcement agencies from assisting employees of the Immigration and Customs Enforcement Agency who request law enforcement assistance while at or away from work is a violation of the United States Constitution’s Equal Protection Clause,” Sean Riddell, the lawyer, wrote in a cease and desist letter.

“As you are aware, the 14th Amendment forbids the government from denying any person or persons equal protection of the laws,” he explained.