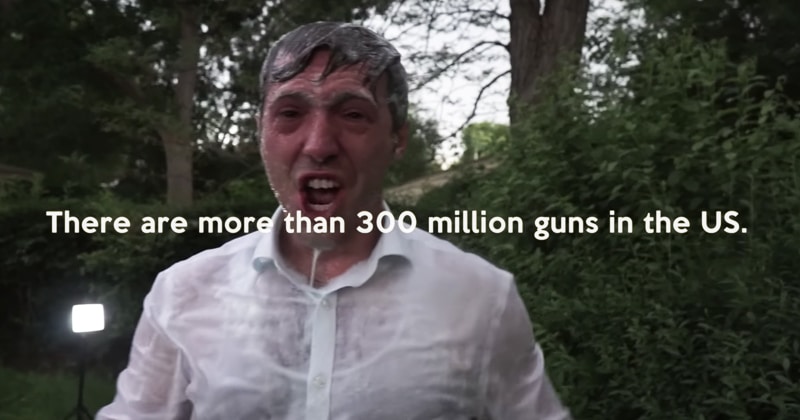 A Democrat running in Colorado’s Sixth congressional district released a bizarre political ad pushing for gun control — by pepper-spraying himself in the face.

Levi Tillemann illustrates his ignorance in the video called This Will Save Lives, claiming pepper spray is enough of a self-defense deterrent to stop an assailant, which he tries to demonstrate by being sprayed in the face.

“I’m calling on Congress to stop talking past each other and try something new,” Tillemann says in the video. “Empower schools and teachers with non-lethal self-defense tools, like this can of pepper spray.”