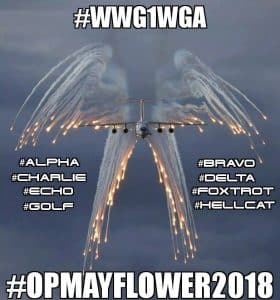 Now I have walked this path a long time, truthseeking, infosharing, I’ve lent a hand to many campaigns over the years.

And I’m doing my best, doing my thing, writing articles and making podcasts, enhanced with some quality memes.
All I want is to be able to freely and fairly express myself. But this world has problems, and the people causing those problems are powerful, and they have control of these systems of communication, these Tech Giants, these Globalists. And we all know the carnage they have caused with their shadow bans and their censorship.

We are corralled: we can talk to each other: but we aren’t seen by people not like us. Same time, the hypnotised are kept from the red-pills that might wake them up. If ever we get anywhere with trending, they chill us down, and if that still wont do it, they mess with us in all sorts of ways. 3 day bans, 7 days, 30 days, I’ve had ’em all: yet never typed a word that broke a law…

So when I saw Q-Anon ask “Where are all the autists?” I have to admit, I thought to myself: “I wondered if Q really understands what we are up against here!” In fact, I was just considering that very problem, when along comes Cai, and Nick, with a bloody good idea. They realised that while our individual posts can be chilled down to 20%, 10%, even just 1%, of what their reach would be if not caught in the algorithm…

As soon as I heard the idea for a mass campaign to truth-bomb twitter, I KNEW I had to be part of it: risk to my own account be damned! Because one thing decades of Info-Warrioring has taught me: is ALWAYS go for opportunity!
So we started and everyone loved it and got on board: And we told people “if you do this expect to get a ban but we want to be heard and we are going to be heard!” (And yes, I was also thinking Q needs to hear us: and he did!)
#OpMayflower2018 set sail!

The Pope, Clinton, Podesta, Kerry, McCain, Waters, Schiff, all got massive red-pilling from the boat:
General Flynn, FLOTUS and Sarah Sanders felt our support and our love. 100’000s of memes deployed, 10,000’s hitting the targets: We gave ‘em hell!

So there was no way we weren’t going to be noticed, and the techy-sneak bot-watcher “Conspirador” soon started to tweet about Operation Mayflower. He didn’t quite get it, thought we were a campaign against the Pope. He saw enough memes so not so bright if you ask me. But he did quickly analyse how Mayflower operated

And this is important: then reported key analytic evidence to prove NONE OF US were BOTS: all HUMAN BEINGS. We grabbed the lot ?

Now a few nights on, the very night Rudy starts talking about where the body’s are buried, and Weiner’s laptop gets unsealed, we are hearing Twitter banned up to 80,000 accounts: BAM! Including all 600 or so active Mayflower Crew plus anyone who shared the Hashtag! The Twitter Kraken rose from the Info-Deep: and tore out boat in half!
You bet it was personal! We forced the beast to show its face…

Now principally, this is an attempt to chill talk about the indictments being unsealed, a mass strike against lawful justice activists (Twitter Jack fears Justice) but its also a powerful reaction against Mayflower punching through the censorship with our co-ordinated strikes.

Not only were they worried about what we HAD done: they were worried about what Mayflower MIGHT do, dropping massive red pills into parts of the twittersphere the algorithm had ensured had never seen them before.
WE caused MAYHEM in the “liberal” circles. “OMFG what do you mean that Pizzagate was real and Podesta has all this sick art who are these people urgghh”

And now the BANHAMMER has come down, and splatted Mayflower flat.

This might feel like a defeat: but I promise: it will become a victory. For these reasons:

Meanwhile, some people are sore, a bit of “ooo my twitter account” and so forth, and of course, defeat never feels good. But it can all be put to greater purpose. Give it a day or two: chill over the weekend: enjoy the show, because wow, Q is delivering: and we shall see what may come of Operation Mayflower yet…