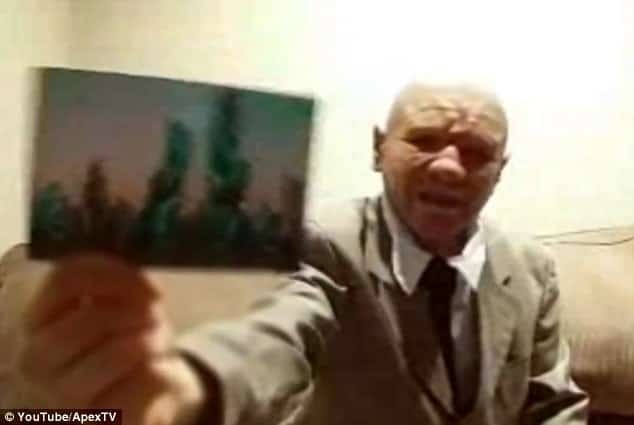 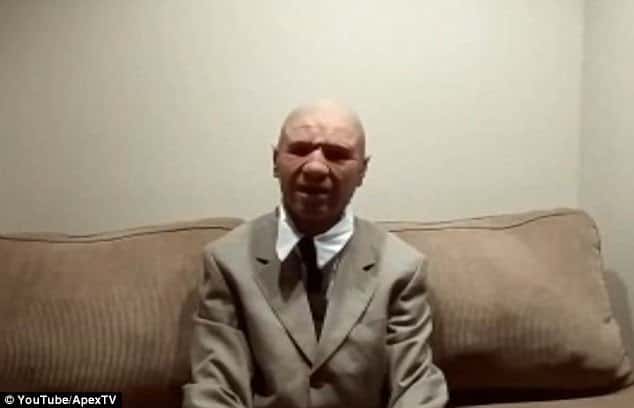 A ‘time traveller’ has made an extraordinary claim that he has seen the year 2118 – and says he has a photograph to prove it.

Alexander Smith was speaking to Apex TV and said he was on a ‘top secret’ CIA mission in 1981 and claims the agency is hunting for him following his alleged assignment.

During the clip, which has been viewed 500,000 times, he held up a picture of the city’s skyline, however he did not reveal how he was able to get there or where it is.

The blurry photograph appeared to show a row of huge, green and odd-shaped buildings in a city which looks like no other in the world today.

He also warned of ‘many threats’ to the human race and urged those living on earth to combat global warming during the video clip.

Mr Smith, who spoke with an American accent, said: ‘I visited the year 2118 as part of a top CIA mission.