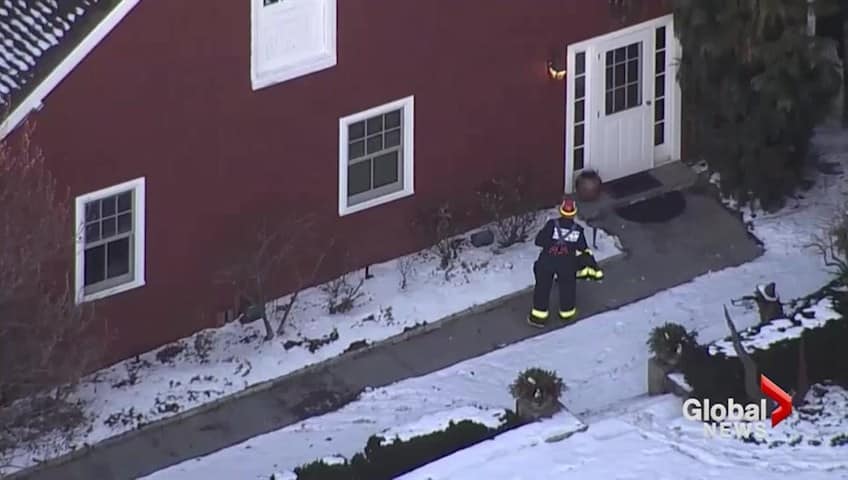 When a small building on the Clinton property in Chappaqua, New York went up in flames, the media and local officials went out of their way to let everyone know that the Clintons weren’t there and that nobody was hurt. What they won’t tell you is that the FBI was on their way to search the property and that the Secret Service agent on duty torched the building on purpose.

That agent, Kaspar Thelinkovich, has been a part of the Clinton Secret Service detail since the 1990s. He is also on the family’s private payroll for security operations off the clock. He was there when the FBI reached the gate, looking for media servers and camera footage, all of which would have been stored in the building out back.

Thelinkovich didn’t even try to hide his actions. He lit a cigarette and tossed it into a pile of crumpled up newspaper in the corner of the small structure. It was a total loss within minutes.

It took the FBI a little over a day to piece together what happened. While the footage and records they were searching for were destroyed, at least they have a man in custody who may know quite a bit about their criminal underworld.

In other mainstream reports, it is being said that a bathroom fan caused the fire that burned part of a building on the Clintons’ property in Chappaqua, New Castle Town Supervisor Robert Greenstein said today.

“Apparently a bathroom fan shorted out,” he said in an email on Friday.

Who’s to say what the real cause of the fire was .. We’ll find out soon enough. The truth always prevails!