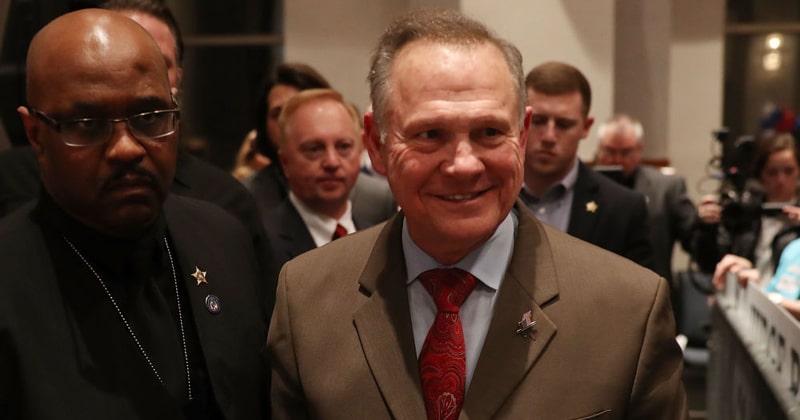 Did Roy Moore concede after the certification of the election?

“Election fraud experts from across the country have agreed that this was a fraudulent election,” he claimed. “Even the secretary of state himself was forced to stop fraudulent and intimidating advertisements from an organization known as Highway 31, predominantly funded by the Democratic Senate Majority PAC.”

“I’ve had to fight not only the Democrats but also the Republican Senate Leadership fund and more than $50 million in opposition spending from the Washington establishment,” the statement continued.

“I have stood for the truth about God and the Constitution for the people of Alabama,” he concluded.

Was there any voter fraud?

Alabama’s Secretary of State John Merrill said that 118 accusations of fraudulent voting were made in the special election, and that 85 had been determined to not include voting fraud. He added that investigations into the other accusations would continue.

Merrill said some accusations were simply made up and propagated on social media.

Claims of vote fraud in Alabama are swirling after a man was caught on camera appearing to reveal that supporters of Democrat Doug Jones “came from different parts of the country” to vote for him.

The clip was captured by Fox10 News after it was confirmed that Jones had defeated Republican Roy Moore.

Asked, “Why are you excited to see this victory?,” the man responds, “Because we came here all the way from different parts of the country as part of our fellowship and all of us pitched in to vote and canvas together and we got our boy elected!”

It’s unclear whether the individual is referring to people being transported in to campaign for Jones or to actually vote for him, which would be illegal.

“Even the girl next to him knows that he has let the cat out of the bag,” commented one Twitter user.

The clip is going viral, with one version having racked up almost 300,000 views on Facebook.