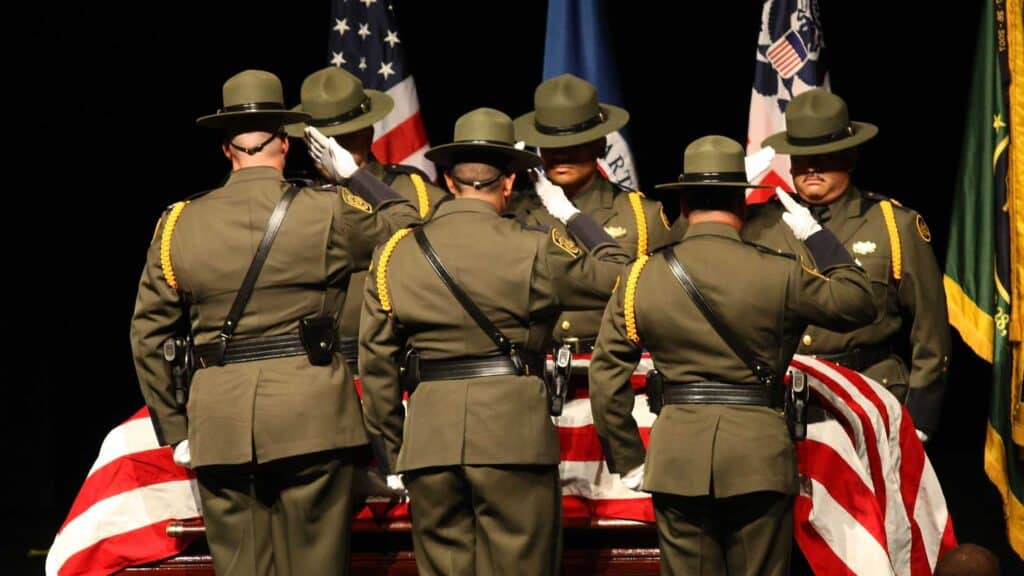 One Border Patrol agent is dead and his partner left hospitalized in serious condition in the Big Bend Sector of Texas. The FBI is leading the investigation while Border Patrol Special Operations agents and Customs and Border Protection (CBP) Air and Marine Operations aircrews are currently searching the area for possible attackers.

#CBP mourns the loss of #USBP Agent Rogelio Martinez who passed away this morning. Our thoughts are with his family, friends and fellow Agents during this difficult time. #HonorFirst

Border Patrol Agent Brandon Judd, also president of the NBPC, stated, “What we know is that Border Patrol Agent Rogilio Martinez appears to have been ambushed by a group of illegal aliens whom he was tracking. Our agents’ reports from the ground say that he was struck in the head multiple times with a rock or rocks.”

Agent Judd continued, “The other agent arrived on scene a short time later and was also ambushed and struck in the head with what is believed to have been a rock or rocks. These disgusting acts and complete disregard for human life need to stop immediately. Family members of slain Agent Martinez will never get to see him come home again all because we have failed to secure our borders from such criminals.”

The FBI had taken over the investigation into the death of Martinez, 36, and the injuring of his partner, who was not identified. The two were patrolling the Big Bend Sector of Texas when the attack occurred.

“They were not fired upon,” said Jeanette Harper of the FBI’s El Paso office. “There are so many different agencies working together that we need to come together and develop a timeline.”

Martinez, who was from El Paso and had worked as a border agent since August 2013, died of injuries sustained while responding to “activity” near Interstate 10 in the Van Horn Station area, according to a news release from U.S. Customs and Border Protection.

He was on Interstate 10 near Mile Marker 151 when the incident occurred, KFOX14 reported. At some point, Martinez’s partner called for help, saying he and Martinez had both been injured, investigators told KFOX14.

Border Patrol Officer killed at Southern Border, another badly hurt. We will seek out and bring to justice those responsible. We will, and must, build the Wall!

EA Media sends thoughts & prayers to console and comfort the families of their loved ones lost or hurt. Wishing a speedy recovery for the 2nd Officer affected.