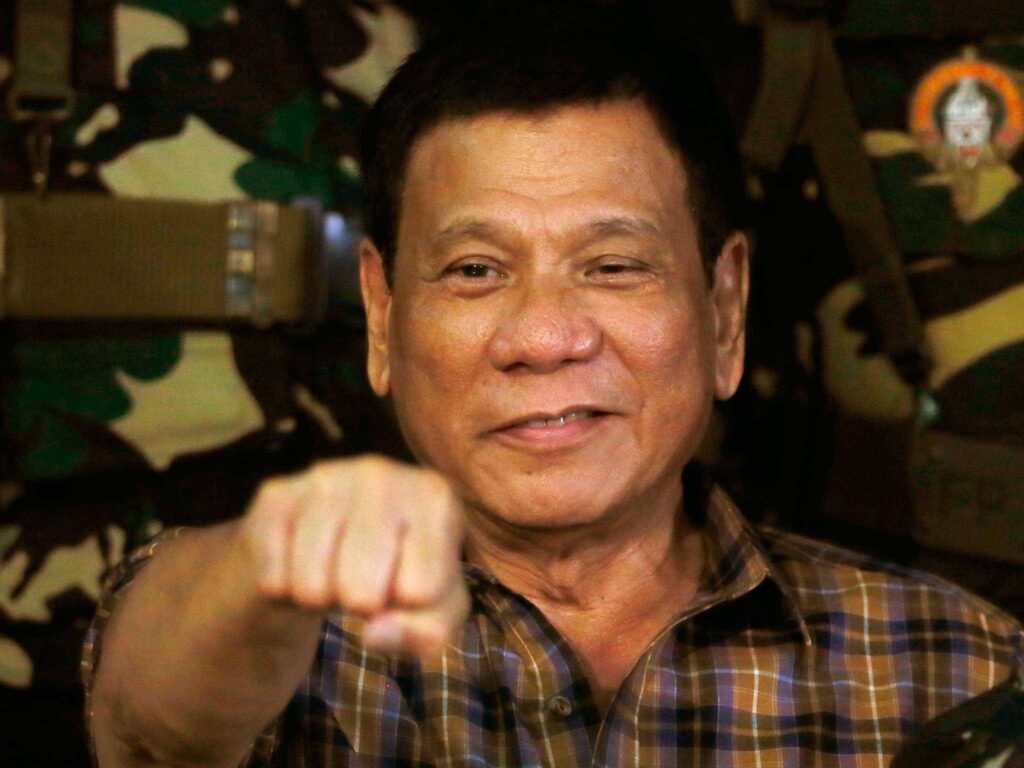 UPDATE: Trump Meets With Duterte and The Visit Is “Warm & Cordial” …

Philippine President Rodrigo Duterte said on Wednesday he would tell U.S. President Donald Trump to”lay off” if he raises the issue of human rights when they meet. Trump will be in Manila on the last leg of his 12-day Asian trip, which includes visits to Japan, South Korea, China, and Vietnam.

Trump will attend the Asia-Pacific Economic Cooperation summit in Danang, Vietnam, make a state visit to Hanoi and end his trip with the Association of South East Asia Nations summit in Manila. Duterte, who brooks no criticism of his human rights record and war on drugs, offered a comment on what he would tell Trump if he raised human rights.

“You want to ask a question, I’ll give you an answer. Lay off. That is not your business. That is my business. I take care of my country and
I will nurture my country to health,” Duterte told reporters before leaving for Vietnam.

More than 3,900 Filipinos have been killed in what the police called self-defence after armed suspects resisted arrest in Duterte’s war on drugs. Critics dispute that and say executions are taking place with zero accountability, allegations the police reject.