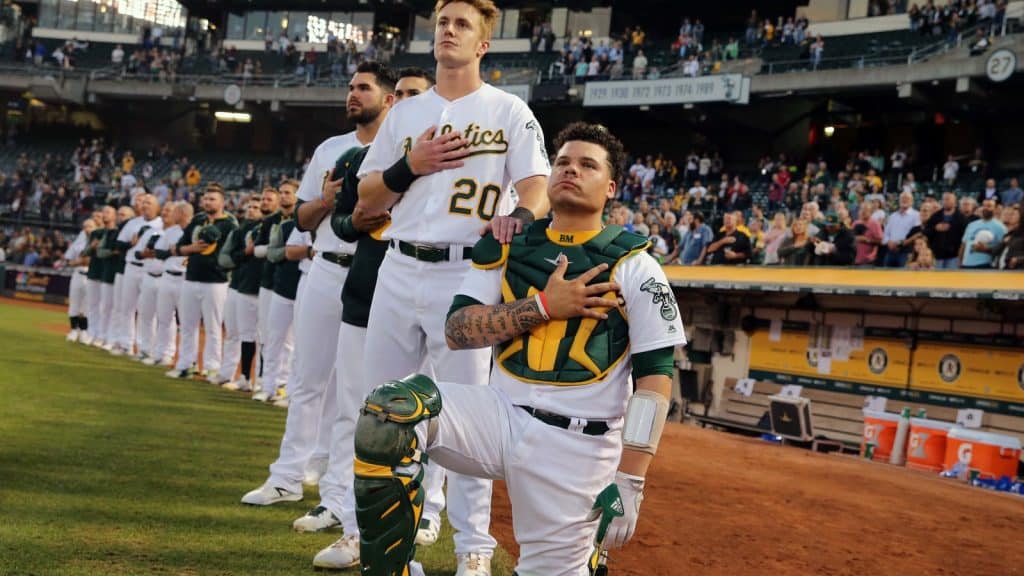 Oakland Athletics catcher Bruce Maxwell, who made national headlines for being the only MLB player to kneel during the national anthem, was arrested for a very serious crime Saturday night.

According to TMZ Sports, which first reported the news, Maxwell was arrested at 6:08 p.m. MST in Scottsdale, Arizona, at his home.

What is he being charged with?

According to TMZ, Maxwell has been booked on charges of aggravated assault with a deadly weapon and disorderly conduct.