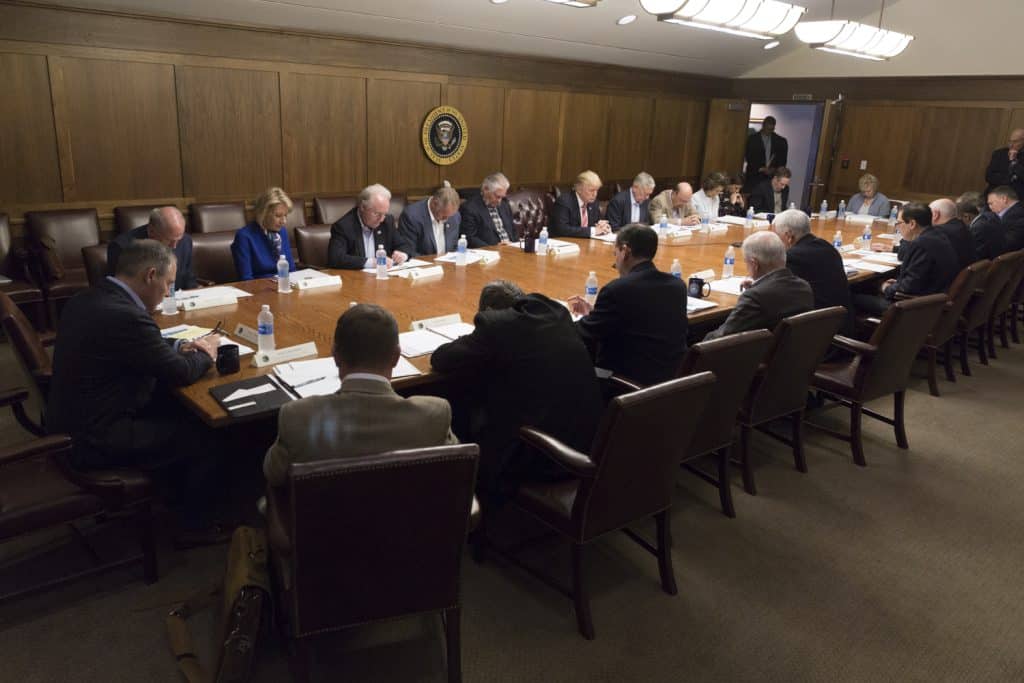 Those Affected By Hurricane Irma Can Begin Applying For FEMA Assistance

Hurricane Irma Update
President Trump, Vice President Pence, and members of the Cabinet received a briefing yesterday from Acting Homeland Security Secretary Elaine Duke, Federal Emergency Management Agency (FEMA) Administrator Brock Long, and Homeland Security Advisor Tom Bossert on the ongoing Federal response and recovery operations for Hurricane Irma. They also discussed Federal support for Hurricane Harvey recovery, which is still in the early stages. President Trump stressed that his top priorities are life-saving and life-sustaining efforts in affected areas. The President is in regular contact with Governors currently in the path of Hurricane Irma, as well as Governors of the States and territories already impacted by the storm. He continues to extend his thoughts and prayers to those affected, while recognizing the many volunteer and faith-based organizations dedicating their time and efforts to help their fellow Americans.
Read more

President Trump Approves Additional Disaster Declarations
Yesterday, President Trump amended the U.S. Virgin Islands Disaster Declaration and authorized an increase in the level of Federal funding for debris removal and emergency protective measures undertaken as a result of Hurricane Irma. The President also declared that a major disaster exists in the Commonwealth of Puerto Rico and the State of Florida, and ordered Federal aid to supplement recovery efforts.

FEMA Resources
Residents and business owners who sustained losses in designated counties can begin applying for assistance by registering online at DisasterAssistance.gov or by calling 1-800-621-FEMA (3362) or 1-800-462-7585 (TTY) for the hearing and speech impaired. The toll-free telephone numbers will operate from 7 a.m. to 10 p.m. (local time) seven days a week until further notice.