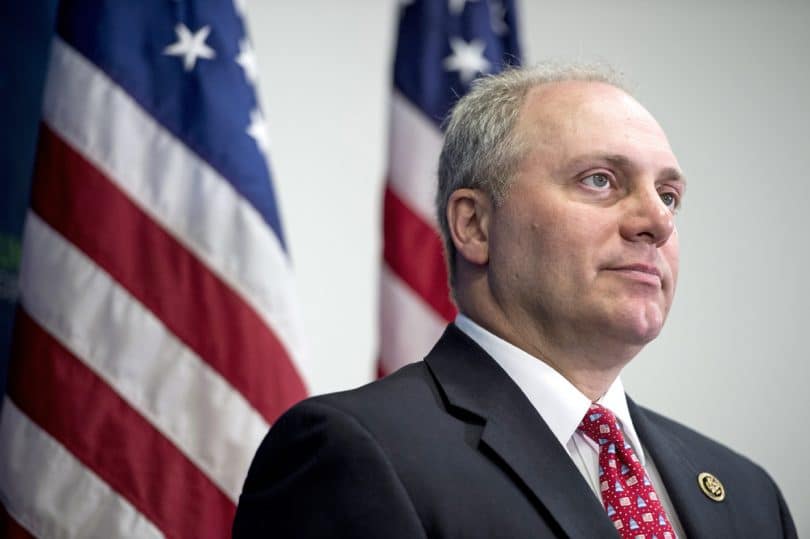 Finally, some good news in politics.

Representative Steve Scalise, House Majority Whip who was shot several weeks ago in a left-wing political assassination attempt, is once again out of the intensive care unit and back into a regular hospital room.

Scalise has had several surgeries and been in an out of the ICU since first arriving at the hospital but things are looking better now, The Washington Examiner is reporting:

House Majority Whip Steve Scalise was released from the ICU at MedStar Washington Hospital Center on Wednesday nearly a month after he was shot during a congressional baseball practice session in Alexandria, Va., according to multiple reports.

The six-term Louisiana Republican underwent surgery for an infection last week as a result of gunshot wounds he sustained to the hip on June 23.

Last month, Scalise’s trauma surgeon, Dr. Jack Sava, said the congressman initially arrived at the hospital with intense internal bleeding and “an imminent risk of death.” Scalise has since undergone multiple blood transfusions and was at a risk for infection.