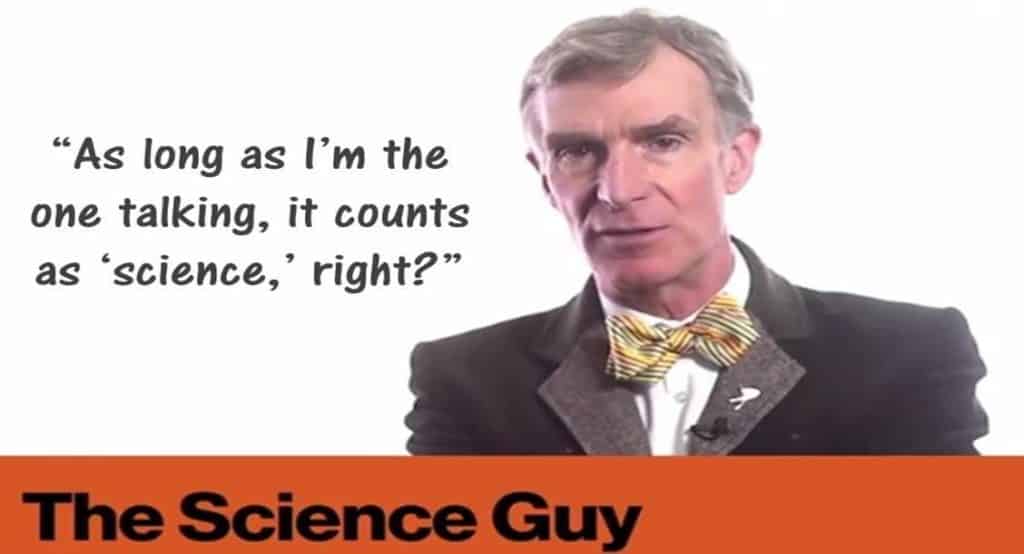 “My Sex Junk,” published on YouTube Sunday, features actress Rachel Bloom singing a song about transgenders, gay sex, and how sexuality is a fluid concept. The clip comes from an episode of Bill Nye’s show “Bill Nye Saves The World.”

This is NOT FUNNY. There is not even any talent in it. Its pitiful and very SICK that they teach our children this CRAP! Of course they have to throw in G*d D*mn.
Y’all need to repent for the Kingdom of The Lord is at Hand!


After viewers heavily panned a clip of Netflix’s “Bill Nye Saves the World” for a song and dance segment in which gender was promoted as a fluid concept, intrepid online journalists began searching clips of “Bill Nye the Science Guy” from the 1990s for evidence that perhaps Bill Nye’s scientific views on gender weren’t always so fluid. And they struck gold.

In a clip discovered by Ian Miles Cheong of Heat Street, a segment on “Bill Nye the Science Guy” called “Consider the Following” featured a girl describing how XX and XY chromosomes determine whether you are male or female.

“Inside each of our cells are these things called chromosomes,” the girl says, pointing to XX and XY refrigerator magnets, “and they control whether we become a boy or a girl.”

The girl explains to viewers how becoming a boy or a girl is a 50-50 chance, based on whether or not the father contributes a Y chromosome.

“There are only two possibilities,” the girl states.

“[Chromosomes] control whether we become a boy or a girl.” pic.twitter.com/oK2xPbRiKx