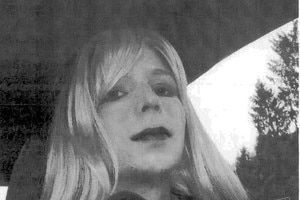 Donald Trump is no fan of Chelsea Manning:

President Donald Trump called Chelsea Manning an “ungrateful TRAITOR” in an early morning tweet Thursday, the President’s first public comments since the former army private and leaker had her sentence commuted by former President Barack Obama.”Ungrateful TRAITOR Chelsea Manning, who should never have been released from prison, is now calling President Obama a weak leader. Terrible!” Trump wrote in a post.

Trump appeared to be responding to an op-ed in the Guardian that Manning shared on Twitter on Wednesday in which she wrote that Obama’s presidency had been insufficiently progressive.”Takeaway from the @BarackObama legacy: What we need is a strong #unapologeticprogressive to lead us,” Manning wrote in a tweet that linked to her piece.