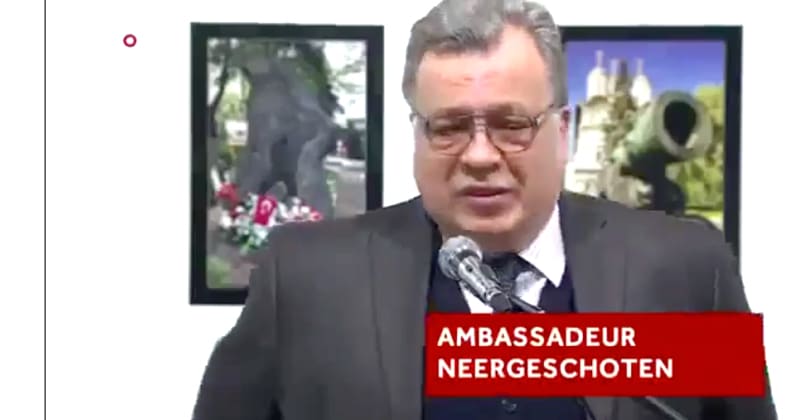 Russia’s ambassador to Turkey was assassinated in front of terrified witnesses in retaliation for Russia fighting ISIS in Syria.


The gunman shouted “Allahu Akbar” and said in Turkish “We die in Aleppo, you die here” after the shooting which left Ambassador Andrei Karlov dead.