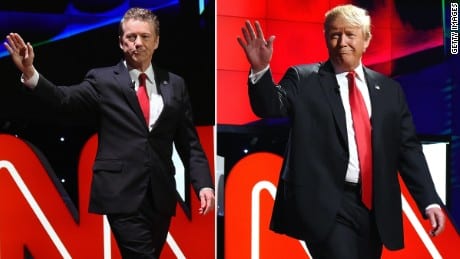 Rand Paul and Trump Could Use Your Vote in 2016 (POLL)

Kentucky Sen. Rand Paul is polling at barely 3 percent in Iowa, but the Republican presidential hopeful could have a secret weapon in his back pocket on caucus day: 10,000 student supporters. 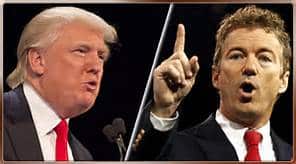 But the fact that Trump is ahead nationally and that he is running first or second in Iowa and New Hampshire is meaningful, argues Sam Wang over at the Princeton Election Consortium.

Wang’s argument is that based on recent electoral history and where Trump stands in polling today, the real estate billionaire actually has a very good chance at being the Republican nominee. Look at where the past nominees in each party were at this time in national, Iowa and New Hampshire polling: 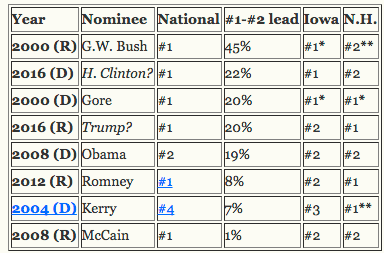