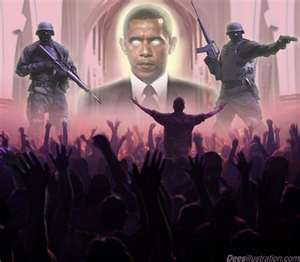 
Looking back to when Barack Obama was first running for president the first time, I knew he wasn’t going to be the answer. I knew he wasn’t going to make any positive changes. That’s just scratching the surface. I had an uneasy feeling in the pit of my stomach. And then, the question over his birth certificate which still has NOT been solved. There was more uneasiness in the pit of my stomach … then he became president .. more uneasiness because THE AMERICAN PEOPLE “had been deceived” …

4 years later, my friend, I still have that uneasy feeling, especially now that I’ve learned more secret information that most of you wouldn’t believe if I told you. There is a secret elite group of rich families that rule the world and tell the president what to do. With that being said … 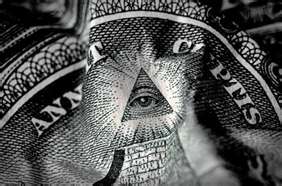 The One World Order will come to pass, for its God’s will for this elite to rule for a “short time”. As a matter of fact, there may not be anything we can do to keep Obama from becoming Dictator, but that doesn’t mean we have to vote for THIS DICTATORSHIP. We have another option and he is Mitt Romney. As sad as it is for me to say, Ron Paul just is not going to have the chance due to mainstream media and even his own followers not having confidence in him. Even if Mitt Romney becomes president, the corporate elite will still be ruling behind closed doors, BUT …

Over the past 4 years, the only thing OBAMA has done has illegally ruled in thousands of presidential orders that literally attack our Constitutional Rights being Americans.

There will be a revolution.

Obama did not only fail in his job, nor only failed of being legal to own the job in the first place, he’s an illegal alien that has declared war on The American People. I don’t know about you, but it won’t happen on my watch.

Could Obama use NDAA To Arrest Militias?

Could Obama use NDAA To Arrest Militias on the Premise members are Militants and Belligerents that pose a threat to National Security?

Recently the Obama administration stated to Federal Judge Katherine Forest that under (NDAA) The National Defense Authorization Act of 2012 the President had authorization to lock up belligerents indefinitely. That they (were justified) to lock belligerents up indefinitely—because cases involving belligerents directly-aligned with militants against the good of America—warrants such punishment.) Pres. Obama could use NDAA provisions to order U.S. Military Forces to round up without evidence, millions of Americans including militias by alleging they are belligerents or a threat to National Security. Many observers believe Obama intends to extend NDAA to imprison U.S. Citizens in Indefinite Detention not involved with or associated with enemy forces.

Hitler included similar provisions in his fascist (Discriminatory Decrees signed February 28, 1933). Almost immediately after the German Parliament passed Hitler’s laws, the Reich Government ordered the arrest of German Citizens and confiscated their guns without probable cause or evidence; delegated powers to German Police and other authorities to arrest anyone Nazi authorities claimed attempted or incited public unrest: arrested among others were outspoken Germans, writers, journalists, peaceful protestors and artists. After World War II the East German Secret Police (Stasi) used the threat of Indefinite Detention to forcibly recruit thousands of informants.

The U.S. 2012 NDAA legislation Obama signed 12-31-11 is similar to Hitler’s 1933 fascist laws the SS and Gestapo used to target persons in Germany for arrest, imprisonment and execution without probable cause; and confiscate millions of dollars of property. Hitler used his laws to suspend Parliament and the Supreme Court insuring his laws could not be rescinded.

During the Obama Administration’s recent request for a (stay) to stop U.S. District Judge Katherine Forrest blocking enforcement of vague NDAA provisions, the Obama Administration—never clarified what constitutes a (belligerent); or militant; or what belligerent activities (directly aligned with a militant) to order a belligerent’s arrest or indefinite detention; or what is against the good of America. Under vague provisions of NDAA, the President could accuse anyone of being (directly aligned with militants by way of any political or other association; activity, statement, writing or communication with an individual or group government deemed (militant) to arrest and indefinitely detain Americans. Writers, journalists, Americans that disagree with or question U.S. Government or its allies—may under NDAA be subject to arrest and indefinite detention.

NDAA 2012, like Hitler’s 1933 Discriminatory Decrees enforces censorship; refers to the Patriot Act e.g. warrant-less searches of private property and forfeiture of property from persons not charged with crime. Provisions in NDAA 2012 keep the door open for corrupt U.S. police; government agents and provocateurs which there are many, to falsify reports and statements to target any American, group or organization for arrest, indefinite detention, complete disappearance; civil asset forfeiture of their property.

You may have noted NDAA referred to the USA Patriot Act. The Patriot Act lends itself to Government / police corruption; the Federal Government may use secret witnesses and informants to cause arrests and civil asset forfeiture of Americans’ property. Witness(s) and informants may be paid up to 50% of assets forfeited. Federal Government under 18USC may use a mere preponderance of civil evidence, little more than hearsay to Civilly Forfeit Private Property. Under the Patriot Act innocent property owners may be barred by government knowing the evidence federal government uses to forfeit their property.

Sections of NDAA 2012 are so broad, it appears U.S. Government or the President could (retroactively) deem an American’s past 1st Amendment activities prior to passage of 2012 NDAA—supported hostilities, terrorism or (Belligerents) to order the arrest and Indefinite Detention of any U.S. Citizen, writer, group or organization.

Under NDAA 2012 it should be expected that indefinitely detained U.S. Citizens not involved in terrorism or hostile activities, not given Miranda Warnings when interrogated, not allowed legal counsel or habeas corpus may be prosecuted for non-terrorist (ordinary crimes) because of their (alleged admissions) while held in Indefinite Detention.