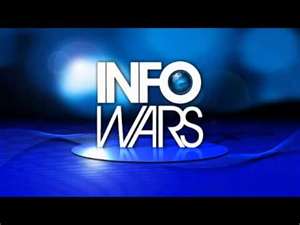 Vision is both the recognition of reality and the grasp that reckons with it. It is the experience of the past and the resource of the present creating the change of the future. The imagination is its domain, the world is its playground and information is its vital nutrition. So it should come as no surprise that the handling of information is something Scripture has a lot to say about.

The Bible is a book for all of time. It is made up of stories and writings from times when most people were illiterate, yet it conveys a divine appreciation for the power of information. The Christian of the Information Age now deals on a daily basis with many flows of information that were mostly non-existent just one generation ago, and traditional theology has little to nothing to say about what has become such vital, daily regimen. The Bible, however, has a great deal to say about it.

Jesus taught his disciples to think of their daily information diet like they think of bread. He taught leaven was a license and a tax of leadership for its manufacture. He instructed he should always be remembered when they take bread themselves and He gave particular instruction to ask the Father for bread in the Lord’s Prayer, which is most properly translated: “Give us this day tomorrow’s bread” (instead of “our daily bread”).

The disciples were to ask the Father to give them information about the future, instead of the present. But even recognizing such information is uniquely challenging today.

Information has stratified in the blogosphere. There is now only the high, puffy, cumulus clouds that hide the heavens and dominate the skies, but carry no water (and support no life), and then there are the seas where all the life is – where every species of modern truth movement is awash in never-aired, alternative information – and where diverse remnants of many lives gone by appoint the sure guidance of the future.

So how would disciples know what information people need now?

Consider the story of Jesus one day with his disciples on a boating trip. The disciples were concerned for the bread they had when Jesus reminded them of all the bread they collected from the multitudes they had fed with just one small meal he had blessed for them. They had only previously known religious leadership to come from Moses, but he was teaching them that at a particular point in prophetic process (when they find themselves metaphorically crossing over from one jurisdiction of land to another) their sustenance should instead come from the multitudes they inspire. He was pointing to the many grains the one lone grain of corn would die to become (him in his people) and to the time of prophecy from the sons and daughters. He was plotting the navigation of his disciples for a future shore where they would soon lead, and where they would find their own increase with that of the 99% instead of by the psychology of the ruling elite of the past. But he was also teaching to a whole different time when later disciples of his would also follow him again. He even spoke specifically to this latter time saying there should then be nothing they do not know.

How more fittingly could he describe revolution in the time of the Information Age?

And how much more well spoken at any time in written history is this parable of maritime conquest than as metaphor for the real world today – for the vocal ones on the curb and at the water cooler – at the park and the local coffee house – and at the malls uptown and down? Once again, we find some of the basic ideology of the Occupy movement – that of gross disparity in the economy of power – uniquely described and even ordained by Scripture.

THANKS TO CLAY WRIGHT!